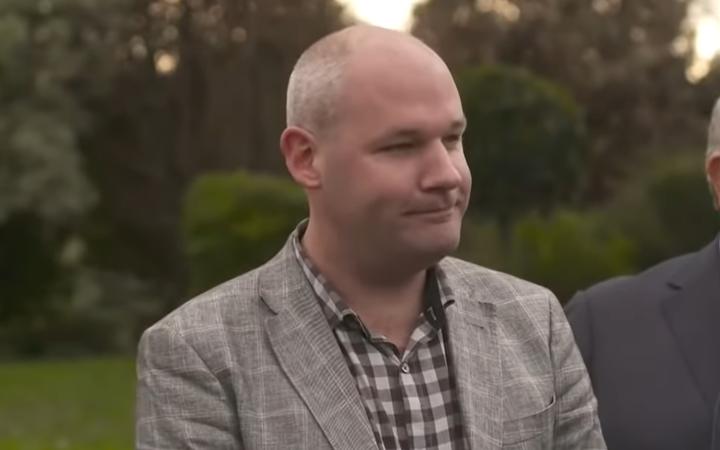 The former MP for Rangitata resigned in July after it was revealed a student's parents had contacted the office of Prime Minister Jacinda Ardern to complain she had been sent a sexually explicit image by him.

The initial allegation did not result in charges, but National Party leader Judith Collins said she was subsequently contacted by five other complainants and had referred them to police.

In a statement today, police said they had made a thorough investigation into the allegations raised by Collins and the initial complainant relating to the sending of unsolicited images.

"Whilst we acknowledge that the material sent was distressing for those who received the images, the investigation found that the actions did not meet the criminal threshold necessary to support a prosecution, and no criminal charges will be laid.

"We have today advised the complainants of the outcome of our inquiry."

In a statement to RNZ, Falloon said he deeply regretted his mistakes and apologised again to those affected.

"Following a suicide attempt I spent some time under the care of mental health services, including my local mental health crisis team, and have since been undergoing extensive counselling.

"Clearing my name of any alleged offences has been a secondary consideration to my own mental health, however I complied fully with a request from police to meet with them in September."

"I have since added additional levels of security, including two-factor authentication.

"I am awaiting legal advice in relation to making a criminal complaint against an individual identified through Facebook."

He said he would not be making any further comment at this time.