The official ceremony hosted by Ngāti Awa to mark the first anniversary of the Whakaari disaster has begun. 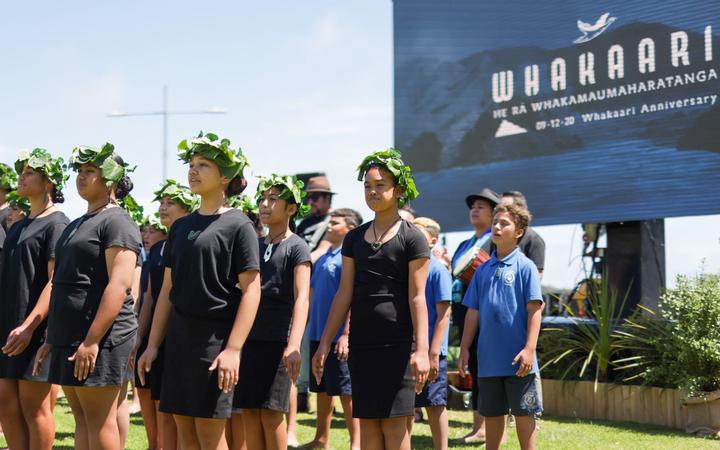 Exactly one year ago today, the volcano erupted killing 22 people and injuring another 25. A minute's silence will be observed at 2.11pm marking the exact moment some people's lives were changed forever.

The main event is taking place at the Mataatua Wharenui in Whakatāne. There will also be a public event at a nearby reserve, with a big screen provided so that those attending can follow the ceremony at the marae.

The event started at 1pm.

Due to Covid-19 some of the traditional aspects of the pōwhiri have been set aside.

Governor-General of New Zealand Dame Patsy Reddy, Prime Minister Jacinda Ardern, Whakatāne Mayor Judy Turner were present, and messages from families who could not attend will be read out. Avey Woods, mother of Hayden Marshall-Inman who died in the eruption, also spoke.

'A dark day in our nation's history' - Governor-General Patsy Reddy

"The 9th of December is a dark day in our nation's history and also in the family histories of visitors from Australia, United Kingdom, United Sates, Germany, China and Malaysia.

"To the families of the 22 people who lost their lives as a result of the Whakaari eruption, I extend my deepest condolences on behalf of all New Zealanders."

She paid tribute to the first responders for their heroic efforts to save lives and for the acts of courage and compassion in the community.

"During what would have seemed like a very long journey back to Whakatāne, members of the tour group reached out to the injured and dying, providing comfort and relief where they could.

"Ngāti Awa extended aroha and manaakitanga to families struggling with grief and loss, this wharenui Mataatua became their house of refuge.

"The lives of the survivors of the eruption will never be the same. People injured that day have had to draw on all their reserves of strength, physical and emotional, in their commitment to survive months of surgery and rehabilitation."

She said parallels could be drawn between challenges experienced with the Whakaari eruption and the pandemic.

'You are forever linked to this place' - Ardern

In her speech, Ardern said the eruption was devastating, coming at a time when the nation had already experienced so much loss and pain in recent times.

"In a community like Whakatāne, nearly everyone would know someone involved, either on the island or the emergency response, that made it so deeply personal."

She thanked the first responders for their courage, as well as central and local government staff, Ngāti Awa and volcano scientists for their assistance.

"This was an extraordinarily challenging event and I know it affected everyone personally and deeply.

"Most of those on the island that day were visitors ... a sign of the connection in particular with Australia is that in February of this, with the blessing of Ngāti Awa, we presented the Governor-General of Australia with pieces of Whakaari, an acknowledgment of the fact that our Australian whānau lost their loved ones on our shores too.

"I want to send a message of aroha and support to the survivors overseas, their families and those who lost their loved ones, as well as those who are here with us in the room today. We share in your sorrow and Aotearoa will always be connected to you and that connection has been supported so strongly by Ngāti Awa."

Ardern read out part of a letter from a family member whose loved ones had passed away in the eruption. They had written about comprehending the unbelievable efforts from many people to bring bodies home and take the injured to hospital.

"My family has visited your beautiful country many times," the prime minister said reading out the letter. "And if something as devastating was going to happen, I'm so grateful it had to happen in New Zealand, where I know their souls will always rest in peace and natural beauty and love."

In her closing remarks, Ardern said: "I say to those who have lost and grieve, you are forever linked to this place and our nation and we will continue to hold you close."

'Tears of rain, tears of the people' - mayor Judy Turner

Whakatāne Mayor Judy Turner thanked all for coming to remember and reflect on the tragedy.

"Tears of rain, tears of the people. Nothing we say or do will count to the devstation and loss that survivors and families who have lost loved ones have had to live through every day since 9 December, 2019.

"The events of last December shook us to the core. I recall visiting the Whakatāne fire station on the morning following the eruption ... and the emotion inside the station was plain to see and feel. But what was also evident was the overriding sense of camaraderie.

"We are eternally grateful for what our first responders and health care professionals did on that day and what they continue to do."

Business, particularly tourism, had also been affected and taken another hit with Covid, she said, which showed how important it was to have regional and national support networks.

"It's clear that we will never be the same again. But we are hoping that today's shared events and reflections may help bring some healing and comfort.

"I'm proud of our people who have worked together to support one another through these difficult times," she said, thanking Ngāti Awa for their care, support and guidance.

"We in the Whakatāne district will continue to welcome people to our area with open arms, sharing in the way that New Zealanders are well known for. As a resilient community, we will step forward into the future yet our hearts and minds will always look back to the stories and people who shaped us, and we will always remember."

Earlier today about 100 people gathered for a dawn service in Whakatāne to remember those who died or were injured.

Those gathered performed karakia and sung emotional waiata, facing the ocean in the direction of Whakaari.

Among those attending were former tour guides Kelsey Waghorn and Jake Milbank, who were New Zealand's only survivors of the eruption. Both suffered serious injuries. 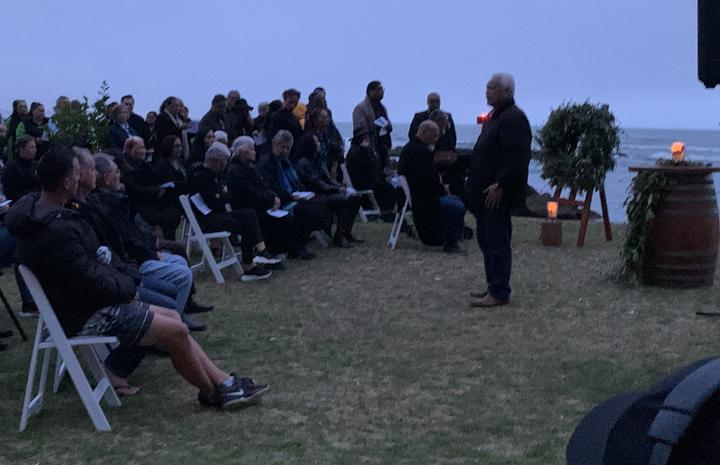