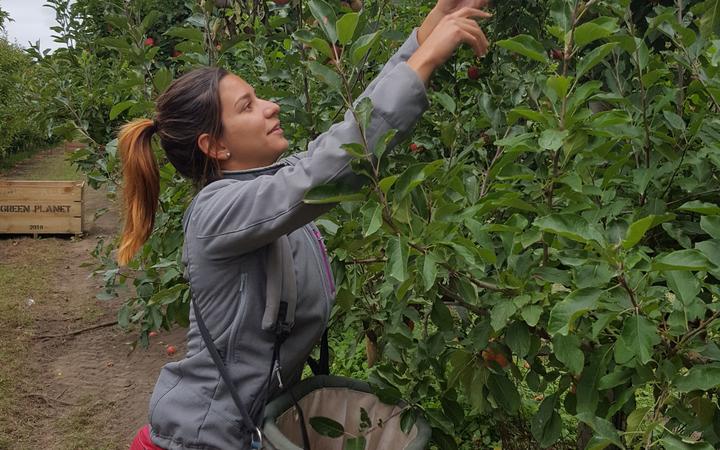 Pickers will be paid at least minimum wage under the government conditions. Photo: RNZ / Anusha Bradley

The experienced workers will begin arriving from the Pacific in January and will spend two weeks in isolation before starting the harvest.

So after months of angst, the horticulture and wine sector will get some of the seasonal workers they are desperate for.

But they come with a cost. Employers must first pay for managed isolation - currently estimated at $4722 per person and pay at least $22.10 an hour - the living wage.

But despite the increased costs, relief was the first thought for the $6.5 billion industry.

Wine Marlborough's general manager Marcus Pickens was grateful the government had listened to their pleas for these vital workers to be allowed in.

"We require about 3000 RSE workers in winter in Blenheim.

"The workers make up a massive contribution to the economy and obviously our work so it's a great start.

"I'm feeling quite confident that our biggest hurdle, which was winter pruning 2021, will be really looking a lot stronger."

Pickens said the increased cost of the workers could cause problems, but growers knew they had to absorb it.

"So basically this is now treating RSE workers the same as essential workers when we are actually employing them from overseas.

"I think it's about time because for a long time we undervalued the contribution of our workers.

"It's a step in the right direction," he said.

Maga's concern was now for Kiwi's and the RSE workers forced to stay in New Zealand because of Covid border restrictions who would not get the same pay rate.

The news could be bittersweet for Central Otago. 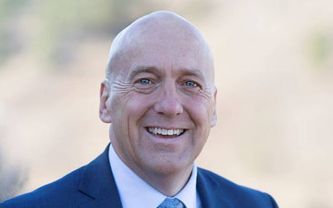 Its mayor, Tim Cadogan, said it was really positive, but the January start date could hurt the region.

"The immediate reaction of 2000 RSE workers coming into the country was near ecstasy.

"But there's a few problems with what's being proposed as I've seen it that troubled me particularly in terms of the timing."

He was worried the cherries might ripen, before the workers could get here.

"At the peak of the cherry harvest in Central Otago, we need about 5000 people and that can sort of kick in anytime in January.

"So if this program is starting in January, and then you've got to have two weeks isolations it could be the right answer too late.

"We've just got to be very careful and keep working with government to make sure that the cavalry arrives in time."

In an attempt to make that kind of work more attractive to New Zealanders, the government has offered up to $200 a week in accommodation costs, and bonuses for those who stayed in the job for six weeks or more.

Dennis Maga said that was the only way to entice kiwis.

"To attract the local workers, there must be some support in transportation and accommodation.

"A lot of feedback we are getting from those who are looking for work right now especially those who've been made redundant, they will consider that if there is some assistance around accommodation and transportation."

Central Otago's mayor, was hopeful that would be enough to attract locals.

"I know from talking to people in the industry, sometimes getting people to stay the course is a problem so the incentive payment to stay on and the assistance or accommodation I think is really, really good," Cadogan said.

There are still 6000 RSE workers in the country who were trapped when Covid-19 hit - they can continue working, or catch the return flight home when the new workers arrive.

But the immigration Minister Kris Faafoi said the horticulture and wine growing sectors would be paying the bill.

"I do want to take my hat off to the sector, they are going to be wearing a lot of covid costs as a result of this, but they understand they have to do that in order to get quite a large cohort of people into the country."

Horticulture New Zealand said the 2000 RSE workers was a positive start, but the spring and early summer crops had already missed out.