Air New Zealand staff have an anxious wait in managed isolation while scientists try to determine where the newest case of Covid-19 in New Zealand has come from. 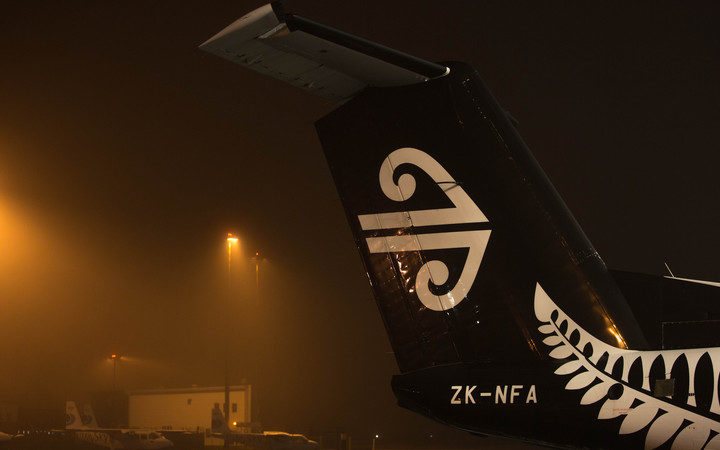 Results from genomic testing are due to be released later this morning.

They are expected to show whether the Covid-positive Air New Zealand crew member caught the virus in Shanghai or here at home.

Fourteen crew members - including the positive case - returned from Shanghai on Wednesday and went straight into a government isolation facility.

At least three close contacts in Auckland are isolating at home.

Savage, who is the head of aviation at E tū union, said a member of the union has spoken to the crew member who contracted Covid-19 and apparently they are doing well.

He said a number of Air New Zealand employees were infected with Covid-19 at the start of the pandemic, but then the rules were changed and safety guidelines improved.

"So this is the first time under the new regime, you could call it, the new surveillance testing model, where someone has actually been picked up as having Covid."

Savage said the union is comfortable with how the surveillance testing regime works for plane crew.

The crew is very safety conscious and takes surveillance testing, their own health and that of their passengers very seriously, he said.

"They undergo quite a lot of rigourous training, they wear a lot of PPE, they self isolate in hotels, but on top of all of those the surveillance testing is there to pick up any anomalies or any slip-ups any mistakes.

"That's the situation right now where we're waiting to find out, if we can, via the genomic sequencing, where did this person catch Covid."

Savage said he hopes that the sequencing can be shared between Shanghai and New Zealand to allow them to understand what, if anything, has gone wrong.

He said it is a very tough time for cabin crew given the conditions they are have to work in due to Covid and the fact that many of them are facing redundancy.

"As soon as they get to a destination they're effectively isolating from the crew that they travel with, staying in their hotel rooms and then just getting back on the flight, putting on PPE and coming back home and then getting tested again."

Around 380 of the cabin crew on the 787s are being made redundant, he said.

"There are people in the quarantine facilities right now so pretty much on the day they get out of that two week quarantine will then be made redundant, so this is the last two weeks of their job at Air New Zealand is sitting inside a hotel waiting to see if they've got Covid."

Savage said with a number of vaccines on the horizon people are starting to look to next year and wondering whether international flights might return by mid next year.

He said a lot of people are really hopeful that Air New Zealand will be able to start flying again and then rehire some staff.