A soldier based at Linton in Palmerston North has been charged with spying, the Defence Force has confirmed. 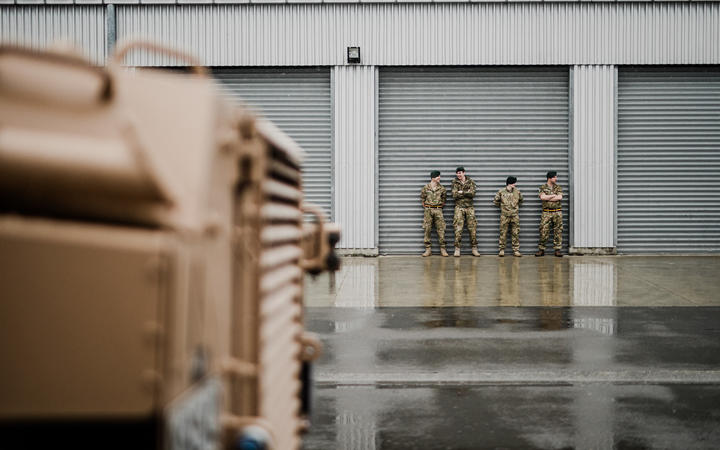 Soldiers at Linton Military Camp, the main operational hub of the New Zealand Army with about 2000 people based there. Photo: RNZ /Dom Thomas

The director of Military Prosecutions has laid 17 charges in the Court Martial of New Zealand against the soldier, who has name suppression.

The charges (some of which are alternative charges) are:

No date has yet been set for the hearing.

The Defence Force says as the matter is now before the court, it can make no further comment.

In December last year, a soldier was arrested at Linton amid suspicion of being part of a far-right extremist group.

The self-styled militant Christian brotherhood Wargus Christi had claimed online the arrested soldier was a member.