Two men had to be rescued from an uninhabited island off the Northland coast after their boat's engine failed and the vessel sank in rough conditions. 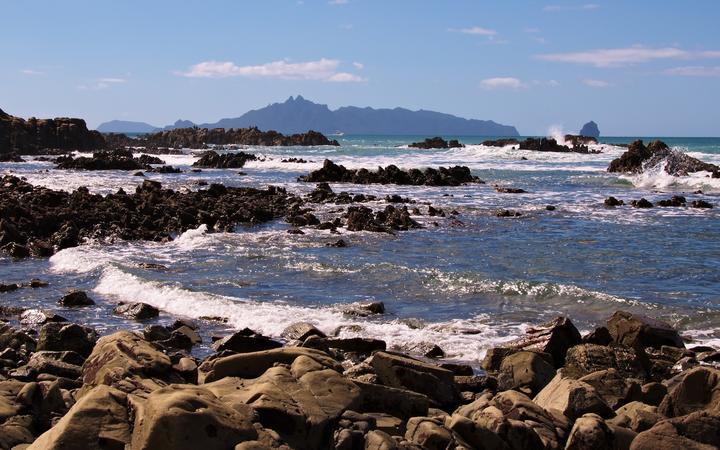 Mangawhai Heads with Taranga Island in the background. Photo: 123RF

A rescue operation was launched on Sunday night after the pair failed to return to the Mangawhai estuary as planned. They had been due back at 2pm and the alarm was raised after 7pm.

When the boat engine failed, wind blew them back towards an island and paddled to shore.

Once they made it to an island, they lit a fire to keep warm - which was eventually spotted by the police Eagle helicopter as the light of day was fading, and police boat the Deodar was sent to pick them up.

Rough conditions meant a small tender was launched from the vessel to pick the men up one-by-one.

While both fishermen were cold and wet, neither of them sustained any injuries.

They were taken to a Coastguard vessel which took them to Whangārei to be reunited with family.

Police said while the men had life jackets, they didn't have adequate forms of communication with them to call for help.

Police said while out on the water people should: