Schools around the country are paying tens of thousands of dollars to private consultants to change the way they teach reading. 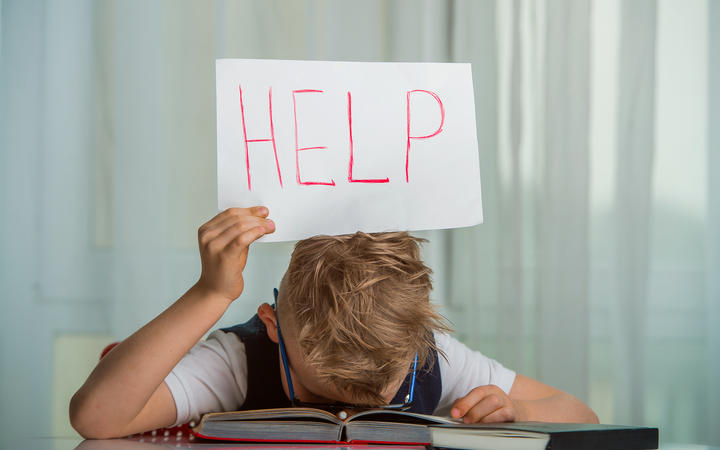 The so-called "structured literacy" approach is backed by 30 years of educational research - but schools are not entitled to any funding from the Ministry of Education to do it.

Wanaka principal Jo McKay said the problem with the current system was that it waited for children to fail and then tried to do something about it.

She and her colleagues at the integrated state school Holy Family School were frustrated by the lack of progress for some students, despite what she calls a mishmash of interventions.

"We were still getting the same data, they weren't working for us so we really needed to stop doing what we were doing and take this risk and make this change."

The school, which has 225 students, has spent about $30,000 on professional development for its teachers and another $15,000 on resources to complement the structured literacy approach.

This involves systematic instruction in phonics - and phonemic awareness: teaching children the 44 unique sounds that distinguish one word from another.

McKay said some teachers were initially hesitant about doing something that seems so at odds with the way they've been taught to teach.

However, they were quickly won over.

"I've seen teachers working within our school who have said to me personally... 'I feel I have the ability now to make change ... whereas before I just felt like I was scratching the surface'."

It is based on the idea that learning to read should be as natural as learning to talk, and if you put children in a "book rich" environment, they will learn to read in their own time, taking their cues from pictures and context.

However, advocates of structured literacy say all children benefit from explicit instruction.

And for the estimated one in seven children who are neurodiverse, particularly those with dyslexia and other learning disabilities, they will not learn easily any other way.

McKay said her school had seen phenomenal improvements for all students including those with dyslexia.

Kaiapoi North School in Canterbury has invested about $20,000 and principal Jason Miles said it was worth every cent.

"After two years of those children having the structured literacy approach, 68 of the 72 children are at or above the curriculum standards, and it is in the 90 percents rather that the 65 to 70 percentage."

Schools were frustrated by the lack of government support, he said.

The ministry does fund the Reading Recovery programme, pioneered by Marie Clay, at a cost of just over $29.1 million this year.

Schools that did not want Reading Recovery should be able to use that funding for something else, in his view.

Fellow Canterbury principal Penny O'Brien agreed it was inequitable that schools were funded for Reading Recovery but not alternatives.

"We know there is no point in putting students through a programme that isn't actually going to benefit them in the long run. That's a waste of resources and that's hugely stressful for a child and their family."

Ladbrooks School on the outskirts of Christchurch converted to structured literacy three years ago.

O'Brien estimates it has cost "hundreds of thousands of dollars" for a specialist teacher, six learning assistants and professional development for all teaching staff.

She said however you could not put a price on what students had gained, the impact went beyond literacy.

"I listened to a little person ring their parents today to say how much success they've had with their literacy and that smile and the confidence ... that's what we're here for."

It had been been a massive pedagogical shift for staff, but they would never look back.

"It's about doing the right things for our kids. Once you know it you can never unknow it, you don't want to unknow it."

"It's a pity they have to pay for it but those principals who've chosen this structured literacy approach are absolutely onto it in terms of the best reading science evidence at the moment."

The Ministry of Education said it was currently not an option for Reading Recovery funding to be directed elsewhere, but schools were able to use their own resources to implement alternative programmes if they chose.

In a written statement, Early Learning and Student Achievement deputy secretary Ellen McGregor-Reid said the ministry had always supported a range of approaches to teaching young children how to read, including phonics, based on research.

"We are enhancing our Ready to Read series of texts to include a systematic approach to teaching phonics in the early years of learning and will support schools and kura to implement these new resources next year.

"Reading Recovery provides learners with effective literacy support. We are making improvements to Reading Recovery next year to strengthen the focus on phonics in early literacy learning to ensure the programme continues to meet the diverse needs of learners."