JessB, Raiza Biza, Abdul Kay, Blaze the Emperor and Mo Muse have only been making music together for a short time. But they're purposeful about making their mark on Black New Zealand culture, as hip-hop supergroup BLKCITY. 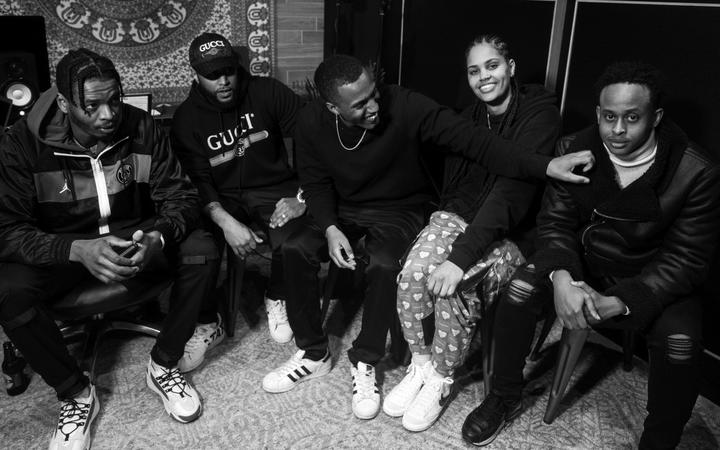 They joined RNZ for a chat about coming together in unprecedented times, creating art, and prioritising black joy.

Mo Muse says Black New Zealanders are building a culture and want to expand it musically.

"It's a very important time in terms of what it means to be a black New Zealander... we almost feel that this is the perfect time to collaborate and further expand on that culture from a music aspect."

He says the most powerful way to send a message is through music.

JessB says there was a chemistry when they came together but what has happened this year for the Black community, especially in Auckland, has made the movement unified.

"We have all been hanging out as friends more than we ever were before.

"In twenty, thirty years' time when you're talking about the origins of Black rap in New Zealand, we're a part of that whole wave. It's a huge privilege and honour to be a part of something at its beginnings because I guess we're able to make a lasting impact on what will be in the future."