The agreement giving police responsibility for investigating a deadly bus crash on Mt Ruapehu in 2018 had already come into effect, even though police had no one trained to do it, Worksafe says. 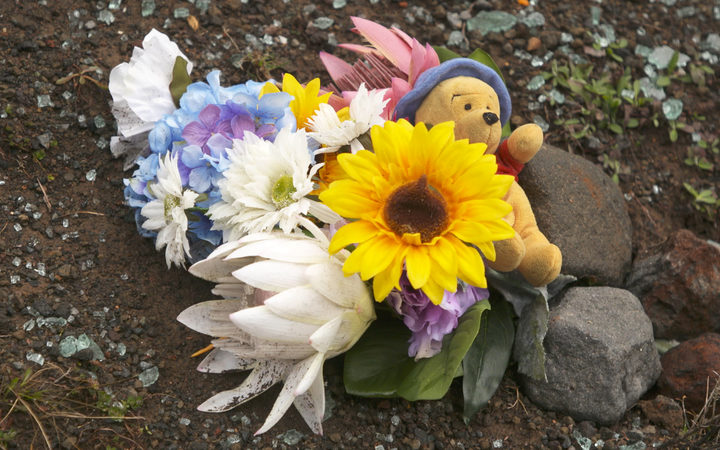 Flowers mark the spot where Hannah Francis died after a bus crashed while descending the mountain. Photo: RNZ/ Nick Monro

An inquest into the July 2018 crash that killed 11-year-old Hannah Francis has heard about how a health and safety investigation did not take place.

RNZ revealed yesterday the workplace safety regulator did not investigate even though there was no one else who could do the job.

A memorandum of understanding with police about such investigations was signed in June 2018, a month before the crash, WorkSafe said.

Police have said the MOU was not enabled till October 2018. They had no one warranted or trained to investigate under the new Health and Safety Act till September 2018, after the old MOU lost its power in April 2016 when the new Act came in, police said.

The Ruapehu crash "was therefore covered by the terms of the MOU and its associated schedules".

Worksafe said it had advised police they were the proper agency to investigate, based on the MOU.

WorkSafe declined to comment on whether it did or did not know police were unable to investigate at the time. Police also would not say they simply did not exercise their delegated powers under the Act between the signing of the MOU in June and October 2018.

"The issue of police's delegated powers ... are currently a matter before an ongoing coroner's hearing and for that reason we are not able to comment," police said.

The inquest into the Ruapehu crash is continuing.