A fisheries expert is asking whether the economic benefit New Zealand receives from having overseas crew here is worth the risk they pose due to Covid-19.

The Ministry of Health was continuing to investigate how two health workers managed to catch the virus from infected foreign fishers at the Sudima Hotel, leading to the first community outbreak in Christchurch in four months.

Just over one in every 10 of the mostly Russian crew tested positive for the virus.

Until it was established how it spread from them to the two health workers, the second charter flight from Moscow carrying another 200 mariners, which was due to arrive on 2 November, had been placed on hold.

Fisheries expert Dr Glenn Simmons said they should all be sent home. They did not bring enough money into the economy to justify the risk we were taking, illustrated by the two health workers taking the virus home with them after caring for 31 of the infected mariners, he said.

"We send money overseas for the actual charter of these vessels and their wages are typically sent back to their home country. The species that they are harvesting is sent offshore semi-processed, and it's reprocessed into value added products offshore, and we don't capture that value either."

Sealord chief executive Doug Paulin said while the low value species they caught were not processed in this country, there were other downstream benefits to New Zealand from having them here. 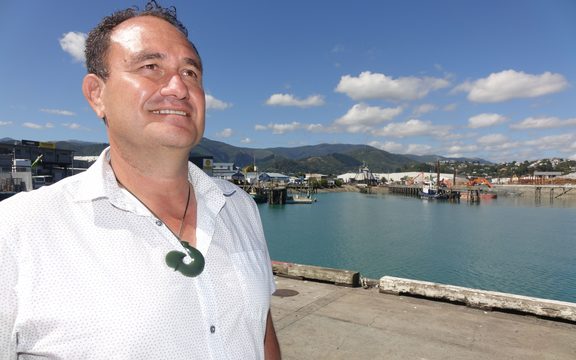 Paulin said between them the seven boats brought in $725 million in revenue every year, and supported the jobs of 425 land-based locals.

Over time Sealord had moved from having all boats crewed by foreigners to just two out of nine being manned in this way.

Paulin said by the end of next year they would only be using one of them.

"It really comes down to affordability for us, because it takes quite a bit of time to build. It's like a two-year project to build a new deepwater fishing boat. And we're very lucky we've got very supportive shareholders, who were happy to invest in replenishing our fleet."

Glenn Simmons, whose research led to a ministerial inquiry in to conditions on board foreign charter vessels, said the benefits were grossly overstated and that many of these local jobs would continue to exist with or without the foreign chartered boats.

He said Sealord had had long enough to phase out their use.

"Sealord seriously need to come up with a workable strategy and start following it. And to say after 20 years we don't have a plan is really not acceptable and I certainly don't see that that's the government's problem or the people of New Zealand."

Two-hundred and thirty fishing crew left the Sudima facility on Saturday, bound for boats docked in Christchurch and Nelson, with five remaining and one close contact required to further isolate.

No decision has been made about when the second charter flight of mariners from Moscow might start making its way here.

In granting the fishing sector permission to bring them in, he said the government was prioritising this sort of help to industries that were also making an effort to attract New Zealanders.