Auckland Council says it will oppose plans by developers Kiwi Property, Fulton Hogan and Oyster Capital to redevelop Drury unless they can reach an agreement by next year to fund a $1 billion shortfall for infrastructure in the area. 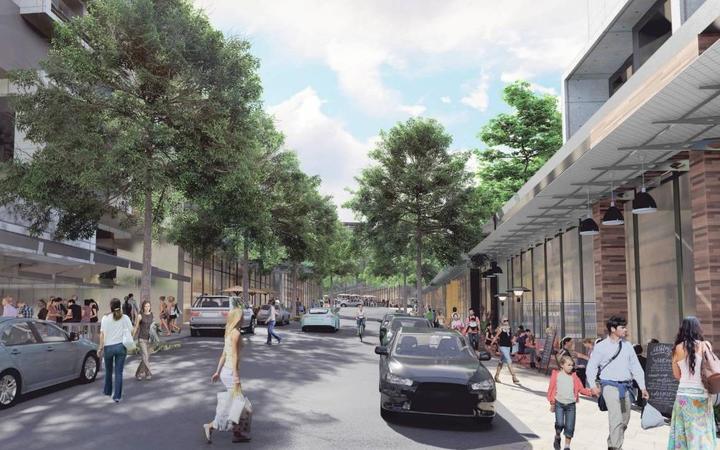 An artist's impression of the new town centre Kiwi Property is planning to build in Drury, south of Auckland. Photo: Supplied

Oyster Capital, Fulton Hogan and Kiwi Property are seeking to rezone about 330 hectares in Drury East from future urban to a mix of residential, business and open space zones. A fourth, smaller private plan change to rezone 33.7ha for mixed use housing by Karaka and Drury Consultant Limited was added to the public notification by council officers.

Council officers have said there remains a shortfall of more than $1bn needed to fund the infrastructure for the works to go ahead. That includes $600m for transport-related projects and a further $500m for stormwater, sewerage, parks and community facilities.

The council's Planning Committee voted to accept the three private plan change requests in July. They have since gone out for public consultation before a series of hearings, which are expected to be held next year.

Auckland Council chief of strategy Megan Tyler said the authority wants to find a way to solve the problem and has been in talks with the developers.

"What we've said is we support the urbanisation of Drury, but there are four private plan changes here at the moment and the biggest challenge is how do we fund the infrastructure," Tyler said.

"We've said we are going to oppose them if, come the hearings, we don't have an agreed infrastructure funding solution in place." 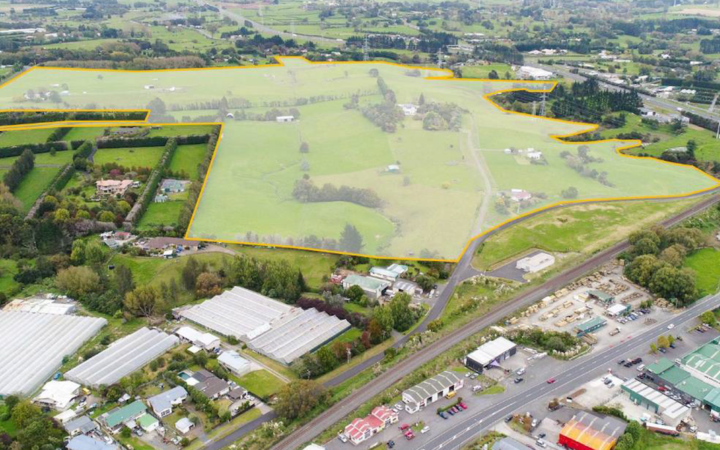 Tyler said, whether it involves special purpose vehicles (SPVs) like it used to fund the works at Milldale, or the developers paying more, a remedy has to be found.

"We haven't specified what the solution is at this stage and that's why we want to keep working on this. We have been talking to all the parties about the infrastructure requirements and possible solutions. These discussions are ongoing and we are committed to that."

An SPV is specifically set up for each new development and is used to raise the money for the infrastructure, which is then paid back over an extended period of time through a levy, or targeted rate, collected by the council.

The council's submission on the Kiwi Property private plan change said the Drury plan changes are not consistent with the Auckland Plan 2050, its Long Term Plan and the Regional Land Transport Plan developed by Auckland Transport (AT) and the Waka Kotahi NZ Transport Agency.

"Auckland is highly constrained in its ability to finance and fund infrastructure across the region to support growth. With limited funding ability, scarce funding must be utilised in the most efficient way to enable region wide growth.

Oyster Capital, Fulton Hogan, Kiwi Property and Karaka and Drury Consultant Limited were all contacted for this story.