Director-General of Health Ashley Bloomfield says there is one new imported case in managed isolation, and no new community cases today.

Dr Bloomfield says since a community case was identified on 18 October there have been 20,000 community tests in Auckland with no positive results.

The Covid tracing app has had 100 million scans, and an average of 850,000 per day over the long weekend, he says.

That was up on the regular average of 600,000. Bloomfield called for people to step up their regular use of the app.

"The more we all scan, the safer we will be."

Ministry of Health figures show about 8500 swabs were taken on Saturday and Sunday, with just under 480 of those at Auckland community testing centres.

The number of people being tested over the long weekend has been seen as an encouraging sign that people are taking the virus seriously.

Dr Bloomfield says it is encouraging that no new cases have surfaced from the venues visited by the port workers who tested positive in Auckland, and their contacts. 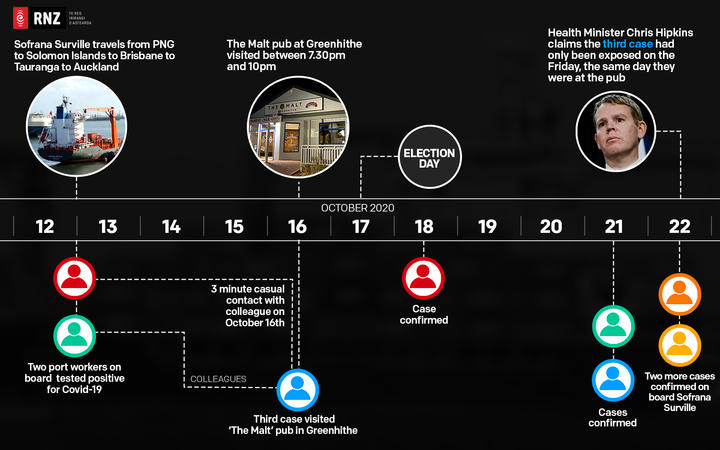 Several of the contacts are still in self-isolation, he says.

There is no further information about travel bubbles with the Pacific, he says.

Dr Bloomfield says a child from New Zealand who tested a weak positive when they arrived in Japan was suspected to be a historical case or a false positive.

The child will be tested again on Thursday, and the family is self-isolating in Japan.

The child was at a Napier early childhood centre before leaving for Japan, Dr Bloomfield, but the risk to others is low.

The childcare centre remains open. Bloomfield says it is "very low risk" but testing of children from the facility is under way.

The fishing crews in Christchurch have had 29 confirmed results - fewer than was reported yesterday.

Dr Bloomfield says all will be retested on day 12 of their stay, which is tomorrow. How long those crews will stay in isolation has not yet been decided. That decision will be made after day 12 testing, Dr Bloomfield says. 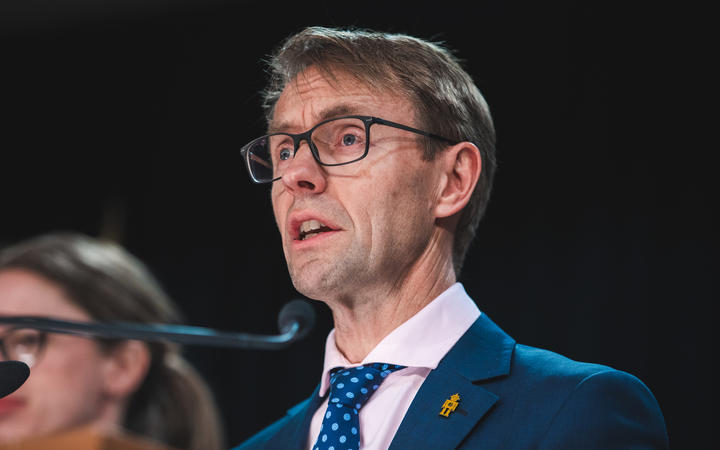 "We haven't changed our requirement for foreign workers coming in to undertake managed isolation," Dr Bloomfield says. "Day six testing was added in because we had a sense of ... some intermingling (of the fishing crews in Christchurch) ... and the day nine testing for close contacts."

The fishing crews will be spending at least 15 days in isolation, Bloomfield says.

"What we are wanting to rule out is any evidence of spread in the managed isolation facility."

The arrival of the next cohort to the facility will be delayed by at least three days, possibly longer, Dr Bloomfield says.

He sasy the double-bunking of fishing crews at the Sudima in Christchurch will be reconsidered, and notes the crews have been very co-operative.