New Zealand shearers were on the first flights to Australia and among those who travelled on to Melbourne. 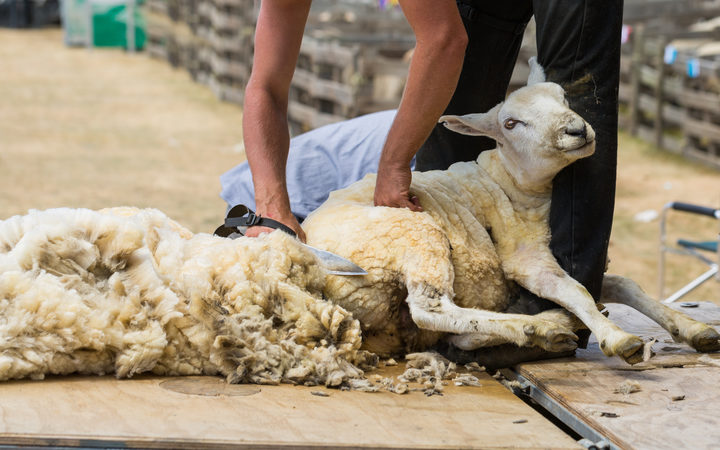 Shearers who boarded the first flights to Melbourne should have been praised for their work ethic not "poo-pooed by the Premier", an industry representative has said.

Shearing Contractors Association of Australia secretary Jason Letchford confirmed New Zealand shearers were on the first flights out of New Zealand to Sydney, and they later went on to catch a flight to Tullamarine Airport in Melbourne.

"Anecdotally I know they were on those flights and there was nothing illegal or incorrect in what they did - they followed process and were sponsored by their employers and had the correct permit to travel from metropolitan Melbourne to rural Victoria," he said.

"The workers and employers should have been applauded by Premier (Daniel) Andrews for making the effort to get here so quickly.

"They shouldn't have been poo-pooed by the Premier, as they are actually coming into the state to work and are trying to keep the economy going."

Under the new travel bubble shearers and wool handlers from New Zealand can now travel to Australia, quarantine free, and get straight to work on spring shearing.

Despite a few keen early arrivals, Letchford expected very few would make the trip as they would have to quarantine for two weeks when they returned home to New Zealand and also pay a large fee to do so.

"Unfortunately it will be only a dozen at best that will come," he said.

"We are halfway through spring now and this new travel bubble is really just a one-way ticket to New South Wales, so we don't expect many shearers from New Zealand to jump on airplanes," he said.

"They are calling their New Zealand contacts and telling them there is six months' work here if they want to come," he said.

"But their decision to stay in New Zealand comes back to New Zealand not being quarantine free when they return home and there is a $NZ3,000 price tag to return."

He said most New Zealand shearers were loyal and committed to contractors in their home country to start work on 1 December.

"At best they would be here for three weeks' work and they would have to pay for their airfares on top of not working for two weeks in quarantine and paying the quarantine fee," Letchford said.

Many Australian sheep producers are still waiting for their sheep to be shorn.

"The smaller operators in NSW, Victoria and South Australia (with flocks of less than 1,000 sheep) are desperate at the moment and there is no date in sight for them yet to get shearers - the sheep will get shorn but they have no idea when," Letchford said.

"Shearing contractors are struggling to return their calls as they have no good answers to give them."

Letchford said the silver lining to the seasonal shearer shortage was that shearer training had been ramped-up.

By Christmas he expected 100 people would have been trained in SA and Victoria and be ready to enter the industry.

"That will have an impact on the 480 shearers we are missing," Letchford said.