A Wellington nightclub worker said he reported one of the individuals at the centre of a raft of sexual assault allegations to the police three months ago. 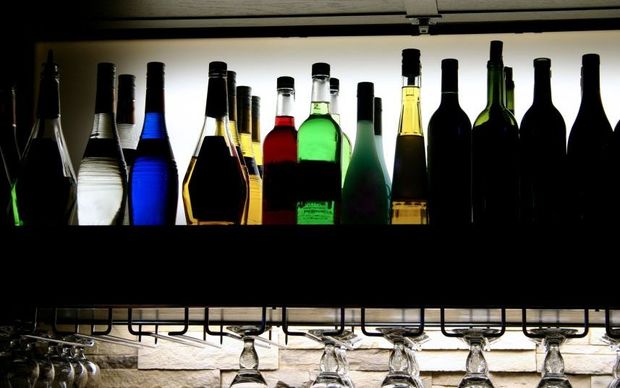 An investigation has been launched by the police into a group of musicians, after a number of accusations about rape, sexual assaults, predatory behaviour and violence surfaced on social media.

A small number of complaints have been lodged officially with the police, following the posts.

At a media briefing yesterday, Detective Inspector John van den Heuven said it was not yet known whether the individuals were known to the police, or if any complaints about their behaviour had been made in the past.

He said they were currently going through their records to check.

But a staff member at a Wellington bar said he reported the behaviour of one of the musicians recently.

"He had pushed a female up in the disabled toilets, and was trying to sexually assault her, before someone came and got us after hearing the female say 'stop'.

"We made entry into the bathroom, and had to forcefully remove this male, as he became quite aggressive towards us, and basically make threats to beat us up and punch us over.

"That was reported to police, but I'm not sure if police are busy, or filed it and forgot about it."

Another man said he had also intervened when he saw two of the men with an intoxicated woman. The man said he believed they were going to assault her, and so managed to get her into the taxi.

The staff member at the bar said he first encountered the men three months ago, and they would continually display predatory behaviour, often buying women numerous drinks.

"There was one time we counted thirteen drinks for one female."

Such behaviour, he said, is endemic at late-night venues.

"Unfortunately, this sort of behaviour - not of rape, or [sexual assault] allegations - but groping and buying excessive drinks, and becoming predatory and not knowing when to stop is probably a weekly occurrence within the bar unfortunately.

Tolerance of such behaviour has already changed since the allegations came to light, he said.

"I think it'll be a lot sterner at the moment - our owners came in and said, we have the discretion now of we can immediately trespass them for their behaviour."

The allegations come as a new analysis of police data reveal Wellington's nightlife district has the highest rate of assaults and sexual assaults in the entire country.

For assaults, the rate is 10 times higher than the national average.

It also found such crimes were most prevalent between 12am and 3am on Saturday and Sunday mornings.

"And the numbers are always high. The fact that this has come out - this is just what's happening to us. We're constantly having to respond to all these numbers."

Efforts are being made to curb the number of assaults and sexual assaults which are occurring.

Take 10 - a late-night safe space camped out on Courtenay Place - has been given funding to set up on both Friday and Saturday nights.

Ultimately, it's about prevention, Luapo said.

"We have organisations like RespectEd, which are doing work around prevention, and the police are working really hard to do that, with campaigns like 'Don't Guess the Yes'."

In light of the police investigation into the musicians, there have been calls for those with experiences or information to come forward.

Luapo said she is concerned that will be putting pressure on survivors.

"I would recommend that if they do want to have a private anonymous conversation, that they reach out to an agency like ours.

She also said they provide a space for people who do want to come forward, and can help organise meetings in a safe space at their office with police.

Police said their enquiries are still ongoing, and have reiterated their message for anyone with information to contact them.