A baby has been delivered safe and well on board an emergency helicopter in Auckland. 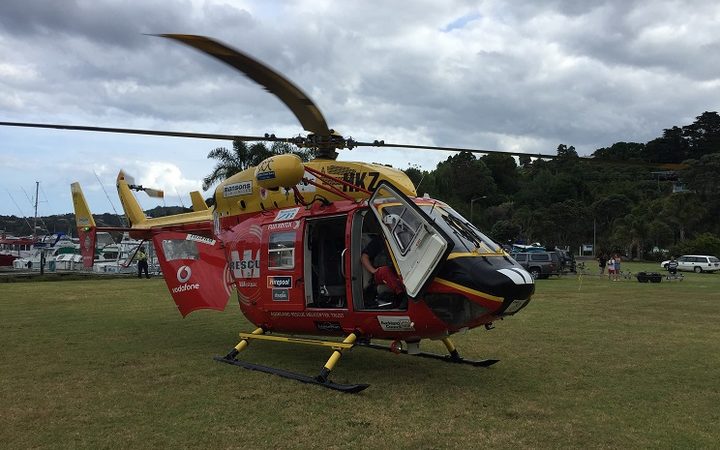 A Westpac Rescue helicopter was tasked with picking up the mother, who was with a midwife but needed to go to hospital, from Waiheke Island on Sunday.

Intensive care paramedic Ross Aitken was on board, and told RNZ: "A few minutes into the flight over Motuihe (island) at about 1200 feet, mum went through the process of delivering the baby.

"We were able to help her with that. Mum and baby did a fantastic job, we really just assisted the whole procedure, nature took its course. The crew worked together with mum and baby and to alert the hospital to what was happening.

"We then landed at the hospital, shut down, gave baby a bit of a clean-up, got everything sorted before we took them up to the ward and they were cared for further up in the new natal area of Auckland Hospital.

"I believe they are doing very well. But it's not a normal thing - it's something we prepare for with anyone in labour, but bubs usually hold on until we get to the hospital but not in this case.

"Space is always an issue in a helicopter, space, communication, lighting and temperature are always much more difficult than in a controlled setting like a hospital, but we've got ... equipment specifically designed to be able to handle those sorts of emergencies in flight."

He says it's only due to sponsors and supporter that the helicopter charity can afford that equipment.

But being able to deliver the baby successfully was "really neat".

"[It was] nice to have what was a really joyous occasion for our team compared to some of the tragedies we see on a daily basis."