Five travellers from New Zealand have been forced into hotel quarantine in Adelaide after arriving unexpectedly on a flight from Sydney. 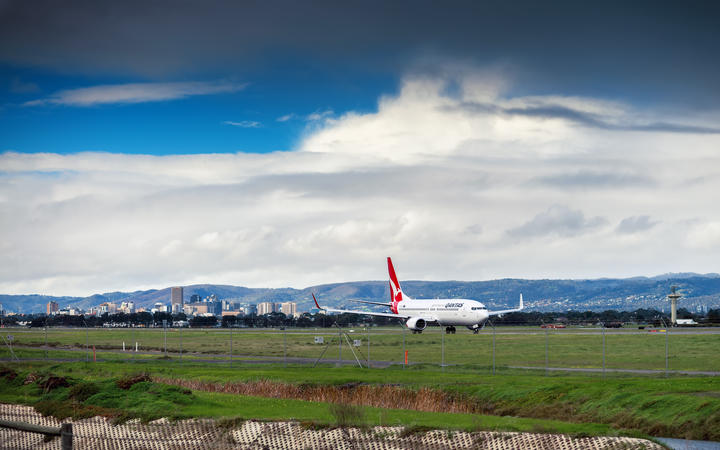 South Australia is not yet part of a travel bubble with New Zealand, which currently only New South Wales and the Northern Territory have signed up to.

SA Premier Steven Marshall made the announcement at a press conference this afternoon.

He said three of the people arrived over the weekend and a further two travellers came this morning.

All passengers identified themselves at Adelaide Airport and are now in hotel quarantine in Adelaide, he said.

"We are looking very closely at the arrangements with regards to our borders with New Zealand," he said.

"They've done extraordinarily well and we're hopeful that we might be able to lift that border restriction with New Zealand when it's safe to do so."

Within days of the scheme operating, travellers have ventured to Western Australia, Victoria, Tasmania and now South Australia.

"All of our protocols were observed when these passengers came in," Marshall said.

"All have been placed into medi-hotels to complete quarantine as per normal arrangements with international travellers," she said.

"There will be an increase in public information to ensure sufficient information is being disseminated in SA and NSW to advise travellers of the requirement to quarantine if travelling to SA."

Mayor asks Kiwis not to come to Adelaide

"I think people really need to do their homework, because all of the rules are constantly changing, people need to be up with the latest...

"We are hopeful that there will be a travel bubble between ourselves and New Zealand but we ask people to just be mindful."

For anyone thinking of heading to Adelaide from New Zealand, she says: "Please don't".

"We are in such an interesting place globally and if New Zealand and Australia do the right thing, then we are both countries that are doing execptionally well and I'd like it to stay that way.

"There will be people that try to give it a crack - please dont."

Meanwhile, Victorian Premier Daniel Andrews says authorities have doorknocked 55 of the 65 New Zealand travellers who have arrived in the state through the travel bubble.

Ten people are still waiting to be spoken to to make sure they understand the state's restrictions, which were eased on Monday.

Andrews said he would not be quarantining people who come from a low virus community.

"There are 17 flights into Melbourne today that could possibly have New Zealand passengers that have arrived via Sydney. We, you know, we are not particularly pleased that we were asked the question, do you want to be in a bubble, and it turns out that even though we said no, we are, but that is the fact of the matter, that is what we faced.

"I'm not going to be quarantining people that came from a low virus community, and we just have to make the best of this."

-ABC with additional reporting by RNZ