More than a dozen whales have died after a mass stranding at an isolated northern Coromandel bay. 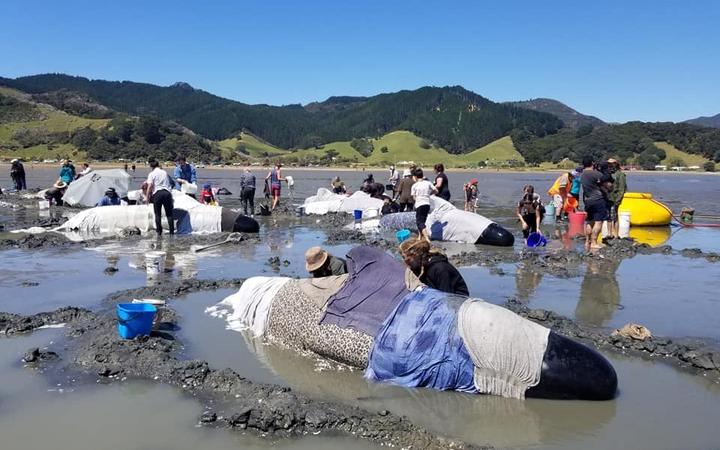 The pod of pilot whales was reported off the coast of Colville Bay yesterday morning. Photo: Facebook/Project Jonah New Zealand

The pod of pilot whales was reported off the coast of Colville Bay yesterday morning.

Department of Conservation Coromandel district operations manager Nick Kelly said although the high tide last night had allowed the stranded whales to be refloated, members of the pod restranded this morning.

He said sadly about a dozen died after restranding on the rocks.

Another five dead whales were discovered nearby late yesterday.

The group, Project Jonah, said efforts to save the surviving whales in the bay is going well, considering the resources, geography and weather.