Hawke's Bay councils say they've got to stop the "squabbling" over funding to address coastal erosion. 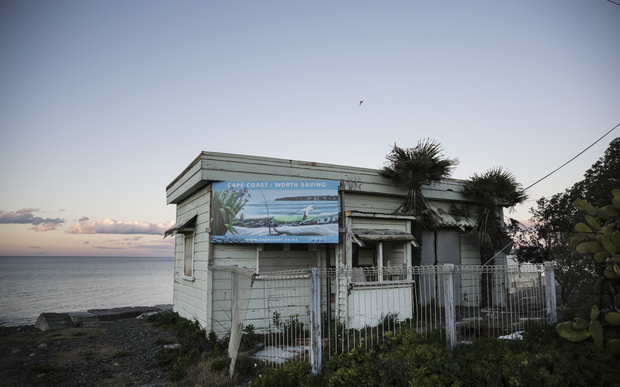 A joint council committee is planning to bring in a QC or retired judge to figure out how they can get the money to stop the sea line gnawing away at homes.

From Cape Kidnappers in the south to Tangoio in the north of the coastline by Napier-Hastings, erosion is chewing away the shore.

Keith Newman, who lives in Haumoana on the coast, is one who has seen the effects of erosion first hand.

"Some years, we might only have one or two over-toppings and we're resilient to that," he said.

"But I don't think we can handle too many here down here at Haumoana, but who knows about what the sea is doing - you might get a freak 100-year storm and suddenly it's too late."

He is the chairman of Walking on Water, an trust set up to help find solutions for erosion.

Newman said he was pleased that after years councils had banded together to do something.

But there was still debate on how to pay for it and Newman warned that too much bureaucracy could delay much-needed action.

"Perhaps they do need an independent party, but the problem is that these reports and all the rest of it can go on forever, we've seen so many reports and debates and discussions go on over time, you could probably build a paper mache groyne with them."

Last year councils had an idea to charge ratepayers in Napier and Hastings $30 dollars a year ($15 from the regional council, $15 from the local council).

But there is disagreement around councils on who should pay for what.

Councils say there was also a lack of clarity in the the law on how councils should deal with coastal hazards.

The Clifton to Tangoio Coastal Hazards Strategy Joint Committee between the Napier, Hastings, and regional councils was set up to lead the process.

The committee chairman Jerf van Beek did not respond for a request from RNZ to comment by deadline.

But at a meeting today, he said funding is an issue the committee needed to "get in front of".

"We do have community who are asking questions and those, especially close to the coast, are getting a little bit uptight ... it seems to be a perception that we as a council are sitting on our hands and squabbling about the funding."

Because of the indecision, a QC or retired judge will likely lead the talks and a similar idea to the $30 increase in rates could still be on the table

A list of candidates for the QC/judge role was discussed in a public-excluded meeting today.

He said some people were going to have to move because it won't be possible to protect everything now at the coast.

"All around New Zealand, where we will see sea level rise, we do expect generally the sea to roll back into these towns, which many councils are now getting a better handle on. Even things like the national risk assessment that came out a few months ago and looked to highlight this for councils and for communities and elevate it up to central Government."

He said Hawke's Bay offered a unique insight into what would happen in the future as sea levels rise.