A woman who says she was repeatedly rammed at high speed by a SUV on a Wellington motorway says police were dismissive of the danger and didn't treat the complaint seriously. 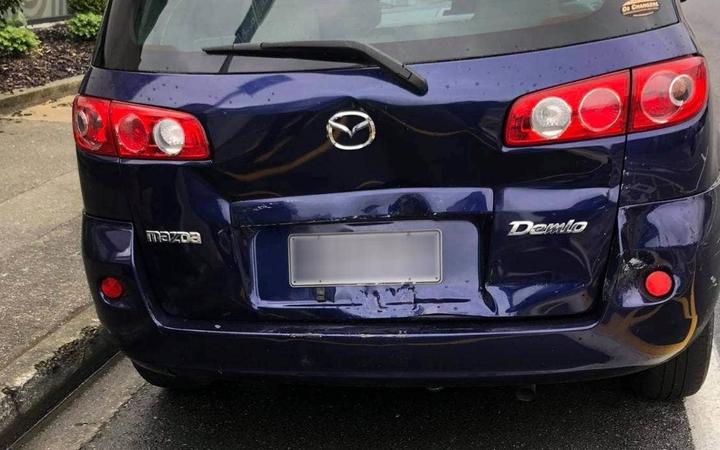 A woman says she was terrified of crashing as four men in an SUV laughed and repeatedly rammed her car (pictured) while travelling on the motorway north of Wellington. Photo: Supplied.

Hermione McKeich says she was driving in a 100km/h zone between Melling and Petone, north of Wellington city, when the terrifying experience happened without warning.

She told RNZ's David Reid that four men in a ute laughed as they crashed into her small Mazda, using their vehicle as a weapon against her.

"I was just driving along listening to music, I had just passed someone so I was in the fast lane. I hadn't moved out of the fast lane yet, but it wasn't urgent there were no other cars behind me.

"But then a few seconds later I looked in my rear view mirror and all of a sudden there was this massive truck so close that I couldn't see their bumper... and it gave me quite the fright.

"They backed off a little bit so I went to slow down so I could indicate and get into the slow lane - because I assumed they were tailgating me because they were annoyed that I was in the fast lane. But when they backed off they sped up again and smashed the back of my car."

McKeich says at first she thought the crash was an accident. 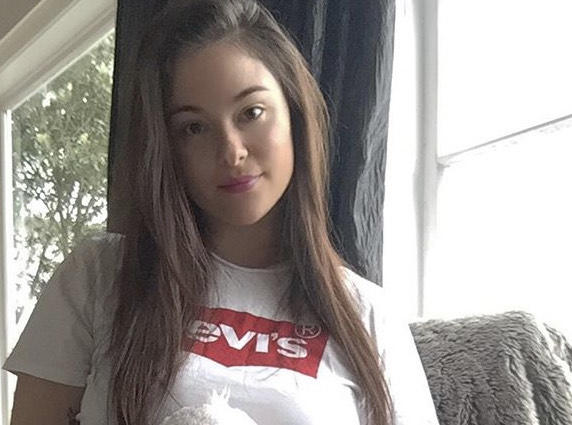 "Then they backed off and they sped up and did it again, then they did it again four times, and on the fourth time that they smashed into my car they didn't back off, they sped up.

"So they were literally pushing my car down the motorway, and I had absolutely no control of my car; we were going about 120km/h and it was pouring with rain as well.

She says the people in the truck following her were laughing. 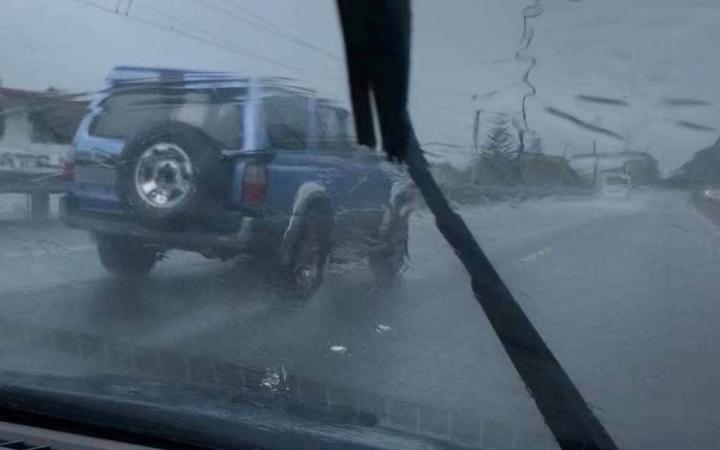 A picture of the ute Hermione McKeich says rammed her car while driving on the motorway. Photo: Supplied.

"When they were pushing me along I was screaming... I was petrified and I was looking in my rear-view mirror at what they were doing and they were just laughing... they looked like they were just enjoying the fact that they were scaring me. I was genuinely afraid for my life.

"After they were pushing my car down the motorway they backed off, and they went into the slow lane and sped away.

"I don't know what I was thinking I would do because they were four big men, they were scary looking, but I just was in shock and I decided to chase them.

"I ended up on the phone to the police at the same time, on speaker phone, and they said you need to stop chasing them, they could be really dangerous, you need to pull over.

However, the police reaction after that has also shaken her.

"I thought that because of the seriousness of what happened that they would come to the scene immediately ... but they just told me to go down to the station and make a statement.

"I was hospitalised. I got a concussion, neck strain, bruising to my chest, and I went into shock as well."

She says officers at Lower Hutt's police station appeared to play the incident down, telling her the SUV registration was not traceable and ending the initial interview after five minutes.

"They said the only other thing they can do is to physically locate the car - until they can locate the car and locate the people that were driving it, they're not really going to be able to do much. But I looked up the plate myself ... and saw that it wasn't stolen or anything.

"I felt like I was just shooed away, like they just [treated it like] just another accidental thing that happens everyday when people are driving their cars. To me it's no different than someone walking down the street and getting attacked with an object - they were using their car to attack me."

She has since been contacted by a witness who may be able to provide dashcam footage.

A police spokesperson says enquiries into the incident are ongoing, and that the police will speak to McKeich again in the coming days to seek more information and to establish any additional lines of enquiry.

They say if anyone has information about the incident they can contact the police on 105.

McKeich says she has now had an apology from police, but is afraid to drive again.