Police are investigating after two bodies were found in Taupō. 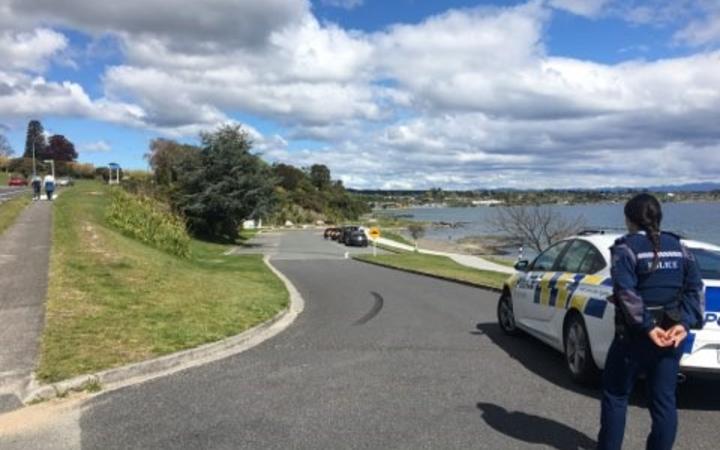 Police are investigating after two bodies were found in Taupō by the lakefront just after 7am. Photo: Hugo Cameron

Police were alerted after the bodies were discovered by a member of the public just after 7am near Mere Road, which is by the lakefront.

Detective Senior Sergeant Ryan Yardley said officers were working to establish the identities of the bodies.

A post mortem examination will be conducted and a scene guard will remain in place, he said.

Barry Searle, who owns the nearby Baycrest Lodge, said the scene is at the edge of a popular walkway around the lake and the two bodies had been in thermal pools at the lakefront.

There are a number of hot springs along the shore that flow into Lake Taupō.

Searle said a police cordon was around the site and tents had been set up by the water.

He said he was thankful the member of the public was able to alert emergency services even though it was too late.

A St John spokesperson said two ambulances attended the scene shortly after 7am.