More than 400 foreign fishers are headed to New Zealand to crew deep sea trawlers after failing to find Kiwis to fill the jobs. 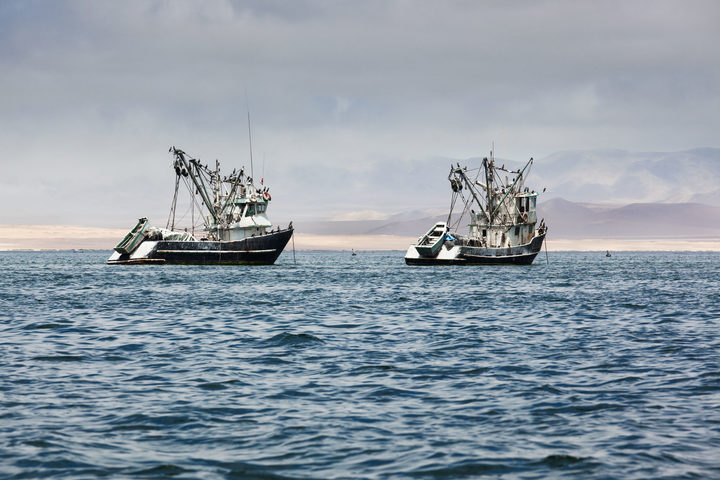 A charter flight from Russia will arrive in Christchurch tomorrow, where the first 200 crew will begin managed isolation.

Russia has recorded more than 1.3 million cases of Covid-19 - the fourth highest number of any country.

But those in the industry and Immigration Minister Kris Faafoi say the group destined for New Zealand over the next few weeks are essential.

The crew are mostly Russians with others coming from the Ukraine.

Faafoi said the roles required high levels of competency and experience, which New Zealanders did not possess at present.

The men and women isolated and tested negative for Covid-19 before leaving Russia on a chartered flight via Singapore, and would spend two weeks in managed isolation in Christchurch once they arrive tomorrow.

Sealord, Independent Fisheries and Maruha Nichiro were covering all the costs of flying and isolating the group.

Sealord chief executive Doug Paulin said without them, two of his company's deep sea trawlers could not operate.

"Sealord operates two of our nine deep sea trawlers and has done so for about 25 years with fishermen who come in from Russia and the Ukraine. We use 84 on each vessel and some of them would've been with us for the whole period, for the 25 years," he said.

They were specialist roles which took years of experience and training.

"Every time we bring them in we are required to test the market and try to get New Zealanders to work on those vessels. Unfortunately, there just isn't enough trained fishermen in terms of the required roles we need, and on our other seven boats -which are predominantly crewed by Kiwis - at any point I've got about 30 roles which are vacant pretty much all the time."

The group arriving over the next few weeks would be relieving crews who were due to go home months ago, but agreed to stay on when the borders closed.

That group were repatriated to Russia late last month - some after spending close to a year away from home - about the same time the immigration exemption was agreed to bring new workers in.

Independent Fisheries executive director Mark Allison said all practical steps had been taken to ensure they did not present a risk of bringing Covid-19 into New Zealand.

"They've all had Covid-19 checks in the three days prior to departure and they were health checked before they got on the plane and they're flying in a purpose charter which is the crew only, so there'll be no interaction with other travellers around the world. They transit in Singapore, where they do not leave the plane and then they are [coming] straight here to New Zealand," he said.

The cost of bringing in the workers equated to millions of dollars between the three companies, Allison said.

But the alternative was not operating his company's ships and laying off on-shore workers.

"Without these vessels and without these crews, we are out of business and there'll be more job losses on land-based operations for Kiwis," he said.

A managed isolation and quarantine spokesperson said they had worked with the companies to prepare for the arrival.

Company representatives and translators would be on hand to assist them with sign-in and work was also done to translate into Russian the Welcome Pack they would receive during their stay.