An East Coast principal has called out health authorities for their "long-term ineptitude" towards delivering a quality dental service for Ngāti Porou teenage students. 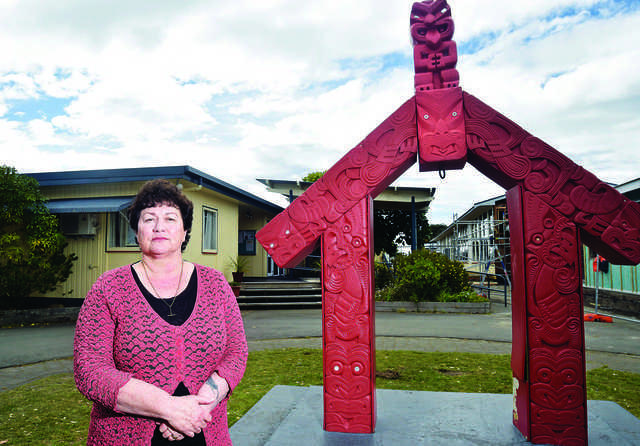 Every year for two decades, Parata has chased up health authorities to ensure her students receive basic dental care, which is free for children until their 18th birthday.

District health board Hauora Tairāwhiti had long acknowledged the "real issue" of providing the coastal dental service to rural high schools, and in 2009 said it was one which they hoped to see "fully resolved" by mid-2010.

A decade later, Parata is still struggling to see the service carried out.

In March this year, before Covid-19, Parata said she started asking when the dental service would be done.

This month she was told that due to "limited time" before the end of the school year only Year 13 leavers would receive check-ups, while students in Years 9 to 12 could receive treatment for pain relief.

Parata said 40 percent of her leavers' class had already turned 18, which meant they were not able to get the service for free.

"The only thing that has been consistent about this service is the inconsistency," she said.

"My primary concern is for the oral hygiene of young people and it's not just here in Tairāwhiti - it's a national issue."

On the Coast, Hauora Tairāwhiti provided a dental service for students in Years 1 to 8 that "ran smoothly" but the provision of the adolescent service was a "constant issue", she said.

"To me this is systemic racism because a large proportion, if not 100 percent of these students, are Māori.

"I'm also saying it's discrimination because we are in a rural setting but we are entitled to these services that the government has mandated."

The "ad hoc" service looked different every year, Parata said. Some years a mobile building was brought in, other years they tried to transport students to Ruatōria and some years it fell through altogether.

In 2016, Parata walked out of her office to see oral examinations being undertaken in an "old, congested resource room". The health board later apologised for the "substandard service" and said it had been forced to ditch the mobile operation due to budget constraints.

"What I want for these young people is that when they leave this school their oral hygiene is in the best possible position it can be," Parata said. 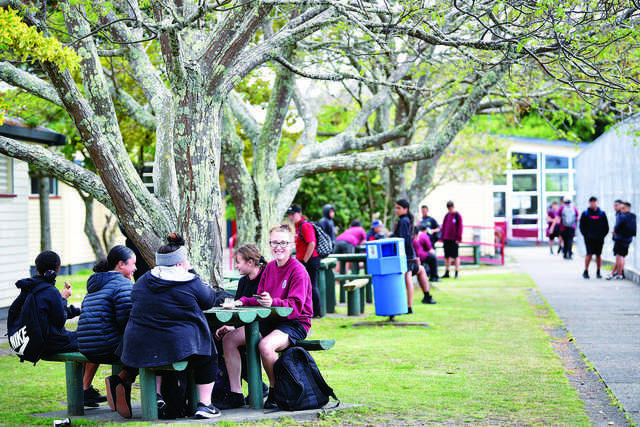 There are about 330 students from Years 9 to 13 across five schools on the East Coast. Photo: Rebecca Grunwell / Gisborne Herald

She wrote a formal complaint to the health board on 7 October outlining the "ineptitude" to deliver a quality service to her school and other Ngāti Porou East Coast schools, and said it was a "systematic, discriminatory practice against Ngāti Porou teenagers".

"This makes them vulnerable and compromises their health outcomes, and deprives them of a right to this service as mandated by government," she said in the complaint.

Hauora Tairāwhiti chief executive Jim Green said providing an appropriate dental service for adolescents on the East Coast had always been challenging, but they were committed to providing services to those living in the most remote areas.

"The way dental services are provided to adolescents in New Zealand does not work on the East Coast. We have to think outside that," he said.

Attracting permanent dental therapists and dentists to provide services in a remote area had been challenging.

This was felt by Māori health service Ngāti Porou Hauora, which ran the health board-funded programme from 2005 to 2018. They agreed to hand back the contract due to ongoing difficulties recruiting and retaining dentists.

At relatively short notice, Hauora Tairāwhiti took it up and successfully ran the service using the school dental trucks throughout 2019, Green said.

The service they would provide this year was a "stop-gap" and not their "intended level of service", he said.

He acknowledged that all adolescents in Tairāwhiti should have access to regular dental checks and treatment, and that Hauora Tairāwhiti had adequate funding for this to occur.

They had planned to replicate what was done in 2019, however, this was not possible due to Covid-19, he said.

As the end of the school year loomed they had planned to treat the adolescents deemed to be the "priority", and would try to provide a free service to Year 13 students who had already turned 18.

"The comparatively lower rate of dental coverage for Māori adolescents is a feature across all Tairāwhiti and the country, and is related to a variety of factors," he said.

Moving forward, the principals of East Coast schools would help inform a proposal for a new model of service delivery, which would be put out to tender, Green said.

New Zealand Dental Association president Katie Ayers said there was much variation between district health boards on the uptake of dental care.

"For the majority of the New Zealand adolescent population, the service is working quite well," she said.

"But this is a very different community in that it's very isolated and there's no family dentist located up the Coast.

"The model that will work best for those teenagers is most likely to be a dental caravan that can go up the Coast and visit each of those schools one-by-one."

Dental care has been a key issue in the lead-up to the 2020 election, with Labour promising a $37.5 million spend on 20 new mobile dental clinics to serve remote areas, and National promising a dental policy for tamariki worth $30m annually.

The pilot programme which ran in 2019 received positive feedback from the five East Coast principals, and a report determined Hauora Tairāwhiti was "highly capable" of providing "equitable, accessible and timely care" to rangatahi living on the East Coast.

The report, published in December 2019, recommended Hauora Tairāwhiti be funded to deliver the programme for another three years.