A woman was flown to hospital in a serious condition after a group of swimmers got in trouble at Bethells Beach on Auckland's West Coast today. 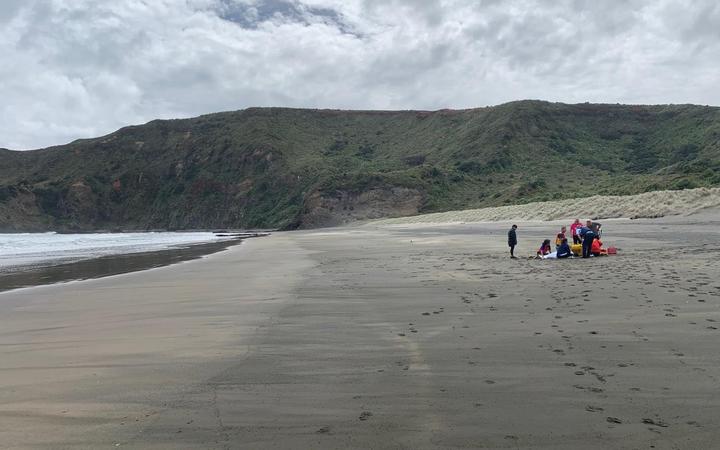 A group of swimmers got in trouble at Bethells Beach. Photo: Supplied

The incident was the sixth major call-out in six days for the local lifeguards - prompting a warning to Aucklanders to be careful when out on beaches, especially on the West Coast, this weekend.

At 12.14pm, the Bethells Emergency Callout Squad was alerted to three people being swept out to sea at O'Neill's Beach just north of Bethells.

The call-out was for the same location as where a fisherman was swept off the rocks on Monday. The search for the fisherman is ongoing.

The Bethells lifeguards arrived on scene within 15 minutes.

By this time the three people - a 45-year-old woman, a 16-year-old girl and a 14-year-old boy - were back on shore but the woman and boy were losing consciousness and showing signs of exhaustion and shock.

Lifeguards administered oxygen and did first-aid until the Westpac Rescue Helicopter arrived and transported the woman to hospital.

The boy had improved enough to be taken back to the Bethells surf club for further treatment by St John paramedics.