A lawyer representing a number of survivors of abuse while in state care says there is never a level playing field when taking claims to court. 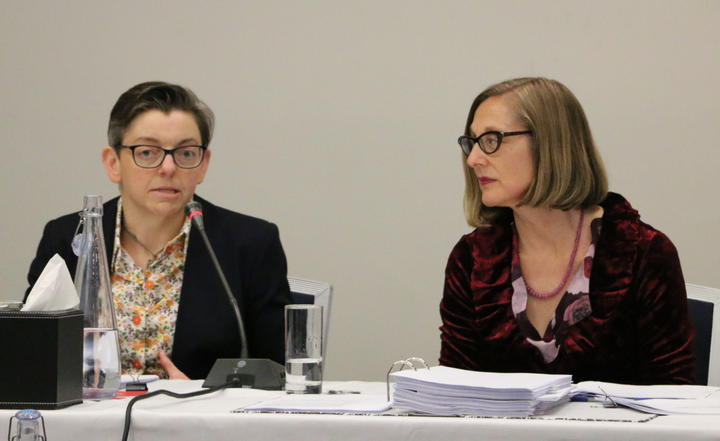 Cooper Legal, which represents more than 2500 claimants, has given evidence to the Royal Commission Inquiry into Abuse in Care in Auckland.

Company principal Sonja Cooper said the Crown puts a number of obstacles in the way during trials, including vigorously contesting the admissibility of evidence.

She cites an eight-week trial held.

It was often only on the day that they learned the witnesses were no longer being called, Cooper said.

"We were having to work to midnight every night to be ready the next day, [the late notice] made it very hard to prepare. So that was very gruelling.''

Cooper said in contrast, the plaintiffs had to tell the Crown every day who their witnesses would be.

''And we had to stick to that within reasonable rules, so no, there wasn't a level playing field.''

Cooper Legal, which is one of the few law firms taking on abuse in care cases, said it took many of survivors a long time to realise that what was done to them was wrong.

To date, the company has settled 1100 claims for compensation, and has about 1400 files still to be settled.

Cooper said many of her clients take years to fully comprehend what happened.

Cooper said seeking redress was very traumatic for her clients.

Partner Amanda Hill told the Royal Commission that getting funding for access to the courts for survivors of abuse in state care was a financially difficult hurdle that could deter victims to seek redress.

She said it was not a level playing field for claimants because they usually needed legal aid and were up against the endless resources of the Crown.

''A person without legal aid who is poor is in a really financially scary place, because you could end up with an enormous debt at the end, even if you won.''

Hill said claimants felt vulnerable and disempowered and often gave up trying to get redress.