International foodies will be able to stare at a New Zealand delicacy next month - from afar. 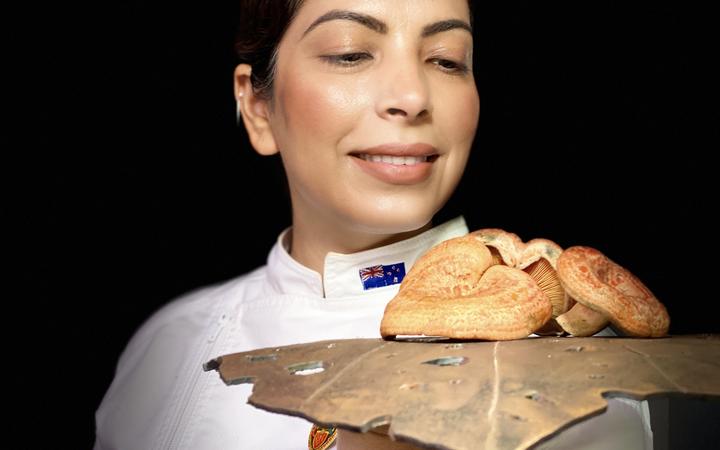 The mushroom caramel with kawakawa custard will be filmed, and shown online, to fans at a virtual food fair in Spain.

The real thing will stay at home in New Zealand.

Watching, and salivating online, will be chefs from Mexico, Portugal, China, Japan, Canada, and New Zealand.

They will see the creation of an Auckland chef and educator Jasbir Kaur who worked with Plant and Food Research scientist Alexis Guerin and chef Paul Froggatt.

On show will be an entree which is complicated by any standard.

Kaur said she started preparing it by fermenting the mushrooms in a bed of salt for four days, and that was just the beginning.

"Flavour is added through bay leaves, garlic, cinnamon and star anise," she said.

"Then I caramelise sugar, and slowly infuse the mushrooms and cream into it, creating a salty mushroomy caramel.

"This is accompanied by custard made from milk and dried kawakawa leaves." 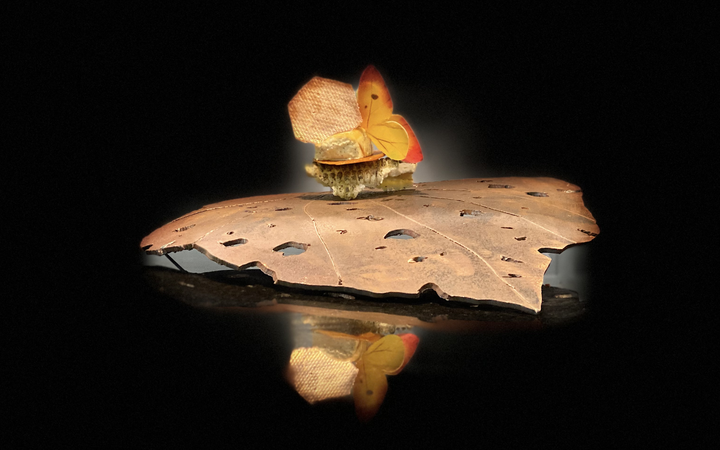 The type of mushroom is not quite your usual variety known to generations of New Zealanders whose toadstool phobia traditionally limits their diet to a narrow spectrum of fungus.

These mushrooms are the niscalo mushroom, to quote their Spanish name.

They are more commonly known as the saffron milk cap, or red pine mushroom, and they exude a milky substance when cut.

"The colour is bright orange, and the flavour of it is very meaty," Kaur said.

"They are very rare and they sell for $55/kg, so they are very expensive but from an aesthetic value and their flavour, they are beautiful, very beautiful."

She said it was important that New Zealand chefs stayed relevant and kept pushing the boundaries - even while navigating the challenges of a global pandemic.

The food festival where the dish will be presented is in the city of Soria, in North West Spain.