A fire in the roof of a bakery in an Ōrewa shopping block had neighbouring business owners fleeing for fear the roof would fall in. 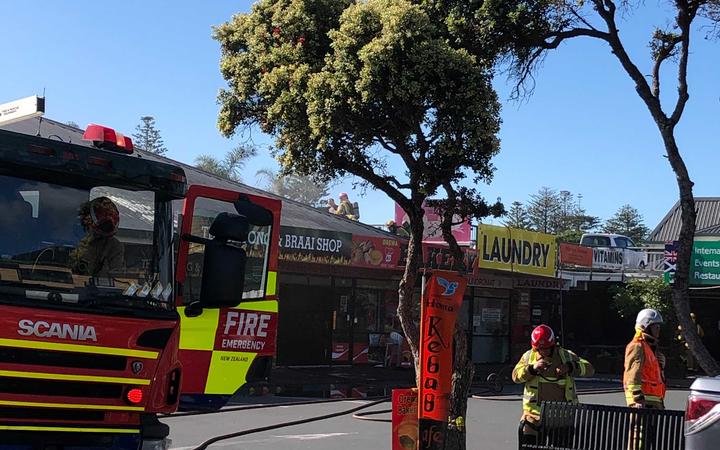 Fire and Emergency said the roof was on fire when crews arrived around 9.30am.

Silverdale fire station senior station officer Jim Maclean told RNZ reports were called in of a fire in the roof cavity of a bakery in the block of shops off Moana Ave.

He said the fire had threatened around two dozen shops.

The fire has been contained thanks in large part to the firewall in the roof, however Maclean said it could take hours to fully extinguish.

The shopping complex was evacuated and firefighters were ventilating the building.

The owner of the South African shop next door to the bakery - The Biltong & Braai Shop - said the fire is devastating to her business, which only opened a few months ago.

She heard crashing noises from the bakery at 9.30am and she and her husband fled the shop fearing the roof of the building would come crashing down. She said the fire spread quickly due to the insulation material in the roof.

The woman, who did not want to be named, said this is another setback after dealing with the Covid lockdowns, and she doesn't yet know how long her business will be out of action or if there is any damage to the shop or merchandise. She is, however, thankful no one got hurt. 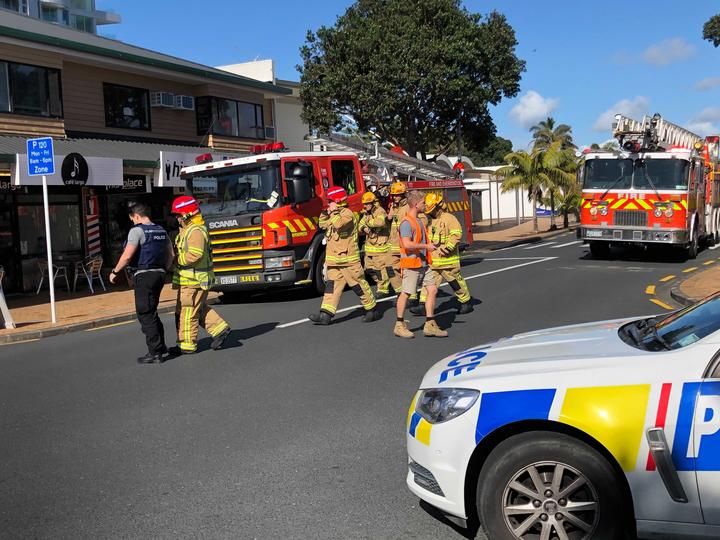 A specialist appliance - a turntable ladder - was deployed but was not needed.