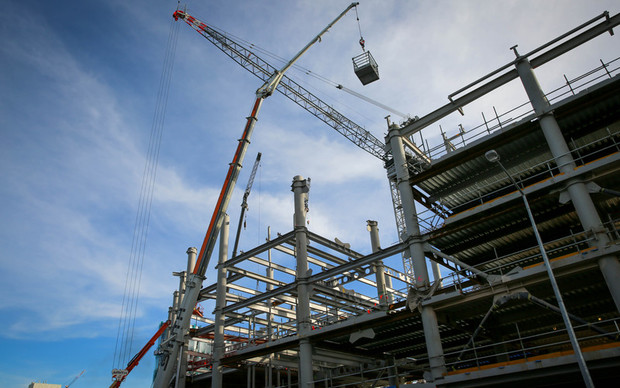 Work is usually finished in the two years following consent but many projects are now delayed due to Covid-19. Photo: RNZ / Alexander Robertson

It is the first time consents for these properties had topped 10,000 since records began in the early 1990s, Stats NZ said.

The total number of new dwellings consented was 37,467 in the year to the end of August, about 5 percent higher than the previous year.

Auckland had the most consented during that period, at 14,897 homes, while growth in consents was highest in Canterbury, up 8.8 percent to 5653 dwellings.

Work is usually finished within a year or two of consents being issued but at present many projects are experiencing significant delays due to Covid-19, he said.

By region, the numbers of new dwellings consented in the year ended August 2020 (compared with the August 2019 year) were: