The police have arrested eight people in drug busts in the Bay of Plenty and Waikato. 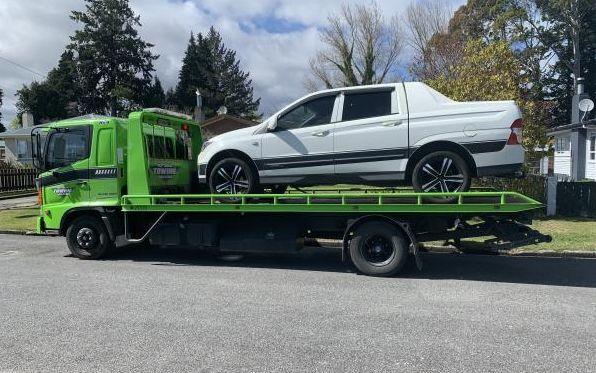 The ute seized by police in the Bay of Plenty/Waikato operation. Photo: Supplied / NZ Police

Police say a number of search warrants were carried out in Rotorua, Tauranga and Paeroa today following a two-month investigation by the National Organised Crime Group into a significant drug-dealing network.

Six women and two men, aged between 28 to 55-years-old, were arrested.

"This investigation initially arose out of enquiries into the burglary of a commercial property in Tauranga in November 2019, where a large amount of iodine was stolen," Detective Senior Sergeant Brett Shields said.

Iodine is a material used in the manufacture of methamphetamine, Shields said.

Methamphetamine and MDMA, as well as LSD, cannabis, cash, Bitcoin, a ute, and a number of electronic items used in coordinating drug importation and distribution were seized during the bust.

"These illicit drugs cause a significant amount of harm in communities across New Zealand" Shields said.

Those arrested face a total of 42 charges, including importing methamphetamine, GBL and MDMA, and possession and distribution of these drugs. They will appear in court over the coming days.