The minister in charge of managed isolation facilities says the escape of a man in isolation from a fourth-floor window is not a failure of security. 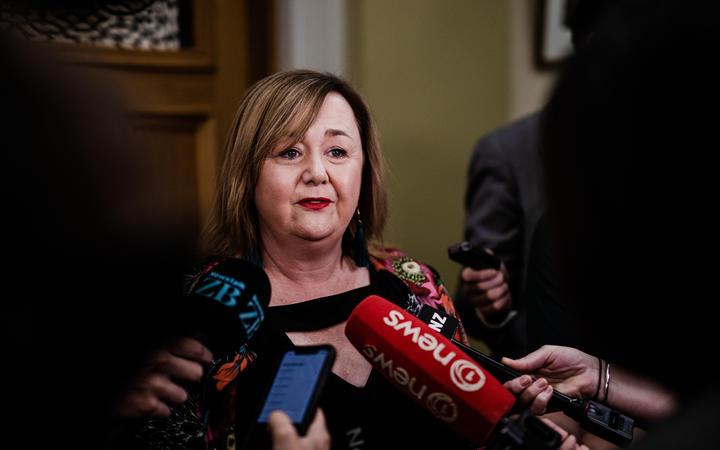 Security has been bolstered at a managed isolation facility in Auckland after a man escaped from a fourth floor window by tying sheets together to make a rope.

Security staff discovered the sheets at the Ramada Hotel in Federal St yesterday morning at 8.20am and the man appeared at the front gate at 8.24am.

It is not know how long he had been out but health authorities say the Covid-19 risk is low.

He has had two negative tests after returning from Australia on a deportation flight on 16 September.

The minister in charge of managed isolation facilities, Megan Woods, told Morning Report the escape showed the person was determined.

"There were several sheets that were tied together, the window was forced open and the individual escaped from a fourth-floor window. This was an individual that was very determined to get out.

"This isn't something we anticipated, someone scaling down four stories of a building using tied-together sheets, but as always we are reviewing the situation and any changes that need to be made to make sure this doesn't happen in the future will be made."

She said authorities were still trying to conclude for how long the man was out of the facility.

"At 8.20am it was found yesterday morning that the sheets were dangling from the fourth-floor window, obviously questioning of the individual has been taking place, review of CCTV footage both of the hotel and the area has been reviewed.

"What we have been able to ascertain is it doesn't seem he has visited any businesses in the local area, but those investigations are ongoing.

Woods said the man was back at the facility.

He is on day 12 of his stay and has yet to complete the balance of his isolation stay.

"I understand he is being held again on the fourth floor but there's been someone stationed outside the window."

"Forcing open a window and scaling down four stories of a building with tied-together sheets, I don't think is a failure of security when what we're talking about is quarantine and isolation facilities in a hotel. Bear in mind this is not a prison."