A concrete turtle missing from a playground in Nelson turned up in Blenheim, but is now safely back home. 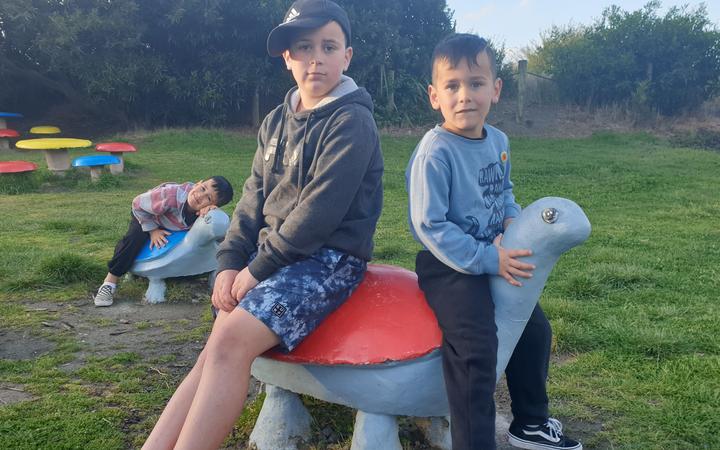 Council staff noticed the turtle, which has four legs and might more accurately be described as a tortoise, was missing from the playground at Tahunanui Beach last week.

They thought it had been relocated, or taken away for restoration.

Community services manager Roger Ball said they received a call from Marlborough District Council to say a rogue turtle had been found at Blenheim's Pollard Park and wondered if it was from Nelson.

He said whoever took the 100 kilogram turtle probably did so with some difficulty, but the council was pleased to be able to reunite it with the family of concrete turtles at Tahunanui.

"Oh look, these are much-loved parts of the playground down at Tahunanui. They're part of a wider set and other play equipment down there," Ball said.

After identifying the turtle in a photograph, a council officer made the round-trip to retrieve the important part of Nelson's heritage.

"They've been around for more than 50 years, and we haven't lost one yet. It weighs 100kg and has just made a 117km journey, which is a long way for a turtle over land, especially one with concrete feet," Ball said.

"We're just relieved to get it back and know that it hasn't been held hostage, but we'd prefer people left them there so the kids can enjoy them and we don't want them damaged.

"We certainly don't want to have to drive to Marlborough to bring them back." 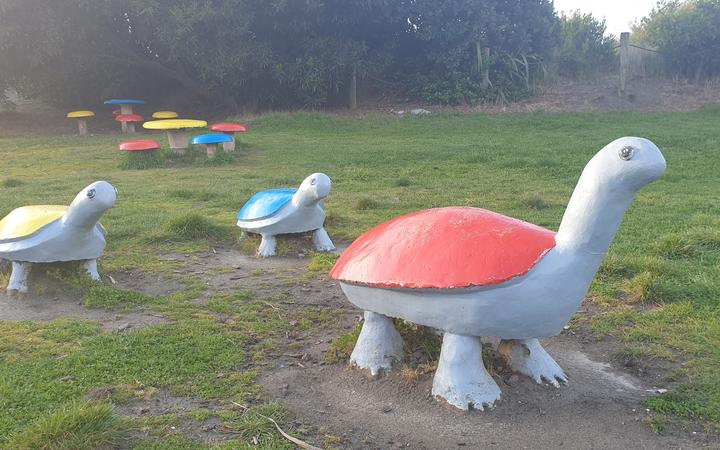 The turtles were part of the original playground at Tahunanui Reserve when it was constructed in 1963. The concrete train, whale, turtles, toadstools, and seals were all created by the Nelson Host Lions Club.

Long-time Nelson Lions member Peter Vining said Nelson had no playground at all at the time, prompting the club to take it on as a project.

"We were very fortunate to have a member, Heck Valk, who worked with concrete, and arranged for moulds to be produced for the turtle, concrete train, and toadstools, which were some of the first items to be installed."

Ball said the playground, and its concrete menagerie, remained a popular destination for Nelson's young people.

"There have been many occasions where I have spoken with adults who said the playground was one of the highlights of their childhood and now they find themselves bringing their grandchildren."

Ball said he was relieved the turtles had been found, but would prefer amenities like this stayed in Nelson.