A bush fire crossed State Highway 25, leading to closure the road between Whangamata and Hikuai for several hours. 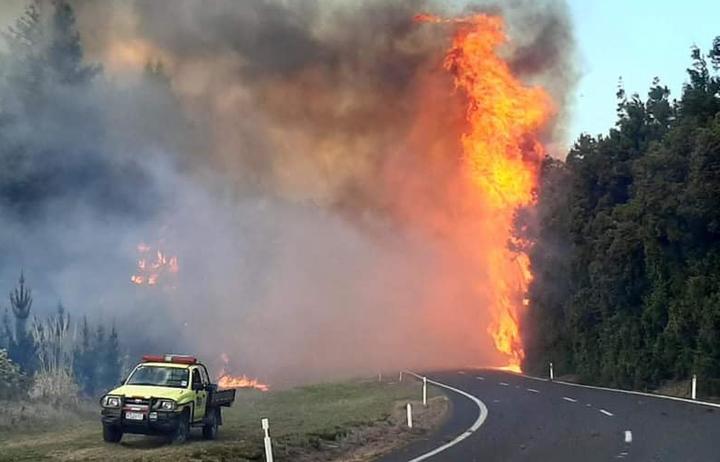 The wildfire swept over SH25 at near Onemana. Photo: Thames Coromandel District Council

The blaze swept over the highway at Toko Road near Onemana.

Goudie understood the fire originated from a hedge on the side of the ride, but the cause was unknown.

She was not aware of any dwellings being at risk and said hot spots were being dampened down.

"My biggest concern would be the wind fanning the flame and going towards any other forested or semi forested blocks. It's still pretty dry."

There were strong winds, and the area had not had much rainfall over winter, Goudie said.

The road was reopened shortly before 1pm.