The Crown has opened its case against Comancheros gang boss Pasilika Naufahu on drug and money laundering charges. 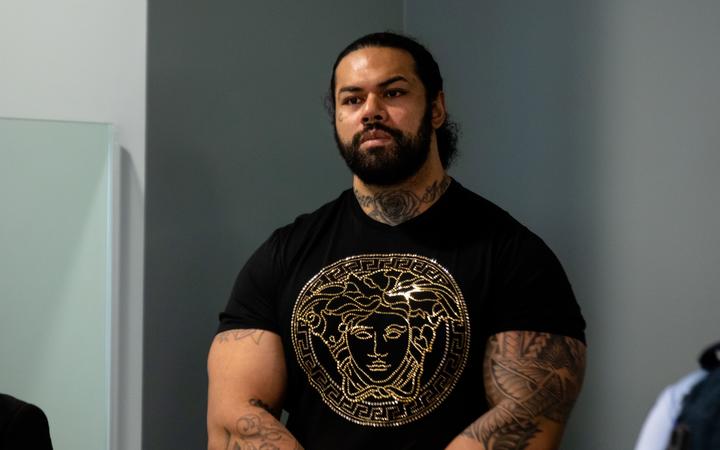 Comanchero Motorcycle Club president Pasilika Naufahu and a number of his associates and alleged associates have pleaded not guilty to drugs and money laundering charges. Photo: RNZ / Dan Cook

It is nearly a year and a half since the culmination of a sophisticated police operation in April 2019, where police simultaneously raided 10 properties across Auckland in a bust which netted millions of dollars of property, cars, motorbikes and cash.

Eighty police officers made a total of 12 arrests across two phases of the operation dubbed Nova, run by the National Organised Crime Group.

Many of the charges splintered off throughout the subsequent court process into various guilty and not guilty pleas, sentencings and trials. 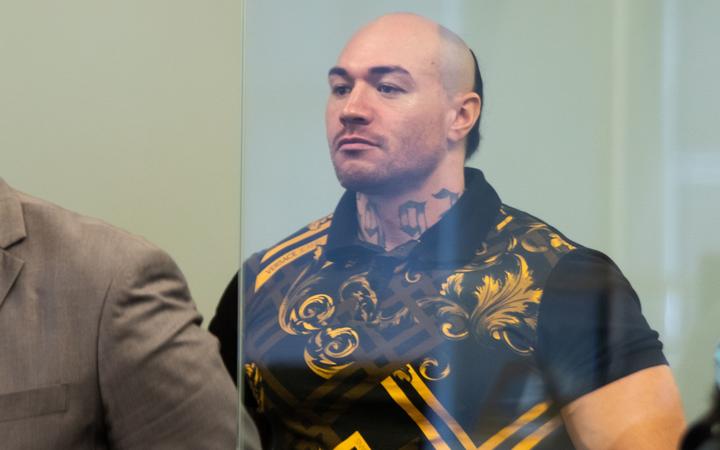 Today, 17 months after the arrests, one of the biggest of these - the trial of the president, Pasilika Naufahu - began in the High Court at Auckland.

Crown prosecutor David Johnstone opened the case against Naufahu, and said until the police intervened, he and his family and friends were living large, enjoying the group's success.

"Brand new Range Rover after brand new Range Rover, a lovely house in Bucklands Beach, residence at one of the apartments on the wharf at Quay St, trips out on the harbour on a luxury launch, a Lamborghini, a Rolls Royce, ostentatiously-designed motorcycles," Johnstone said. 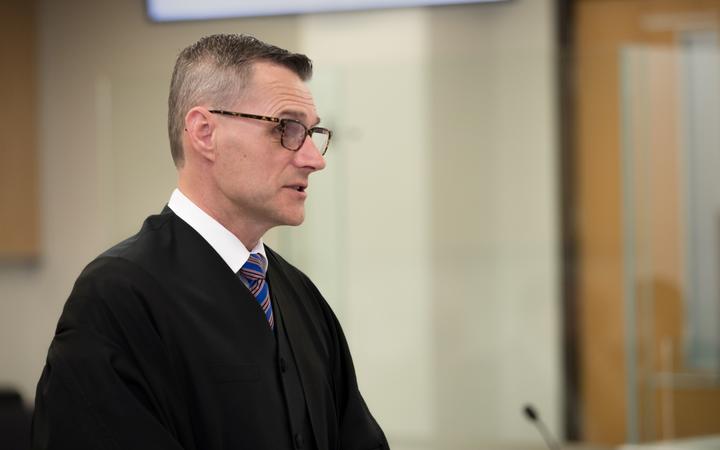 But with that amount of luxury, Johnstone said, came some difficulty.

He claimed there were a few tactics to both generate and conceal the source of the money.

"The links that various members of the group had to drug dealing ... the fact that the group used a concreting business to pretend to pay salaries."

Johnstone outlined how Naufahu arrived from Australia in early 2016, before quickly becoming the president of the New Zealand chapter of the Comanchero motorbike club. Johnstone said Naufahu then appointed associates to high-ranking positions. 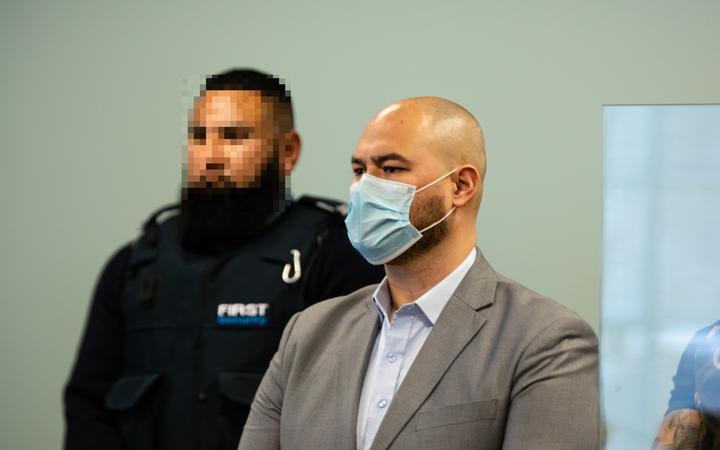 Four others are on trial with Naufahu on a mixture of charges - Connor Clausen, Wiwini Hakaraia, and two others who have name suppression, including a media personality.

Today's opening address by Johnstone largely focussed on the alleged involvement of Naufahu.

This morning a jury of nine men and three women was selected from a group of dozens; the selection process spread across two different courtrooms, with all counsel, staff, media and prospective jurors wearing masks.

Some of the jury were sitting at makeshift cardboard desks to allow them to be spaced apart, and all are shielded by plastic screens.

The trial continues with the defence opening its case on Tuesday.