Auckland Council has pulled out of a plan to expand the city's network of CCTV cameras because it would have cost too much. 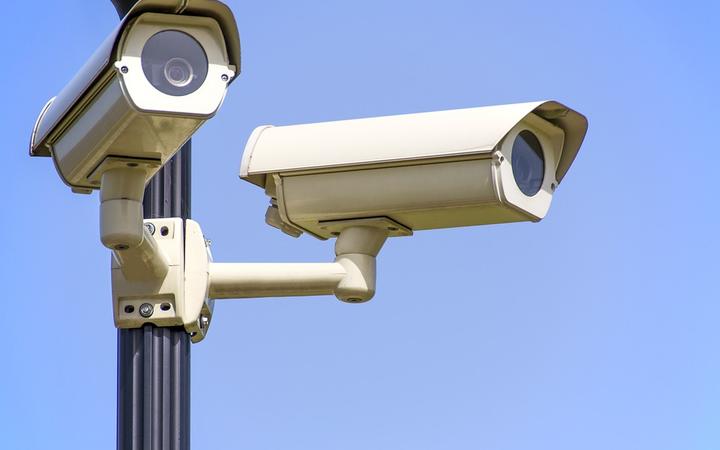 Last year Auckland Transport embarked on a project to combine its own CCTV with the council and NZTA, building a single network while adding hundreds or thousands more cameras.

The council now says that it pulled out after early discussions.

"Any benefit was outweighed by the high cost so we decided not to progress," the council told RNZ in a statement.

City council use of CCTV, and in particular facial recognition technology, is a growing flashpoint in the US.

However, an Auckland Council wing that manages stadiums, the zoo and galleries is adding more cameras and upgrading others at 11 major venues.

"The complete scope of work ... number of cameras, which sites will be prioritised and when, has not yet been confirmed," it said.

"We will be taking a phased approach over several years that aligns with our available budgets."

Auckland Transport told RNZ it also did not use facial recognition.

Police can access those cameras, but said they did not use them for live surveillance.

Police recently - without any public notice and without consulting the Privacy Commissioner - agreed to a 10-year, $23 million upgrade to a biometric information system that they envisaged could be used to import CCTV feeds.

The system, called Neoface, is supplied by Japanese giant NEC.

It was being looked at as part of a review of technology ordered by the Police Commissioner after RNZ exposed a trial of controversial facial recognition technology in May.

Wellington City Council has said NEC was also behind a trial of cameras and sensors in Wellington which ran from 2014 to mid-2018 and cost at least half a million dollars.

It features on a recently updated Internal Affairs' website.

An $80,000 platform of sensors and cameras that can listen to people and use behavioural analytics - aimed at reducing fighting, begging and graffiti - was closed down in 2018, the council told media at that time, reiterating that to RNZ now.

Some of the system's cameras were incorporated into the council's wider CCTV network.

A release under the Official Information Act shows the council transferred its behavioural analytics cameras to its Safety Camera Network when it ended its partnership with NEC in August 2018.