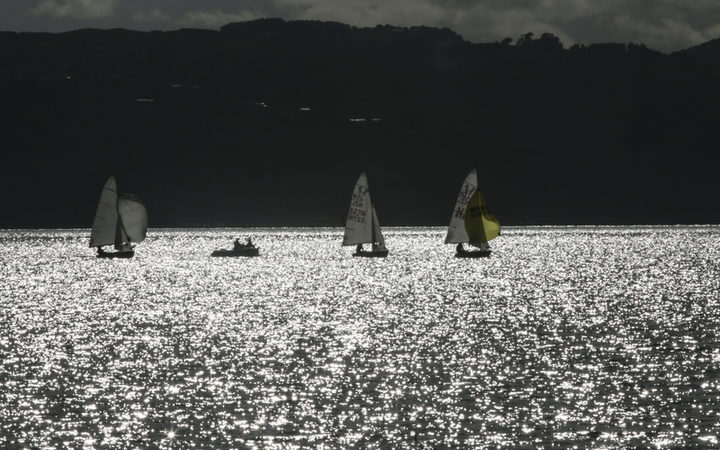 To accommodate the new ships, KiwiRail wants to move it's Interislander terminal from its present site at Kaiwharawhara next to its rival Bluebridge on Kings Wharf.

Wellington's Royal Port Nicholson Yacht Club has been sailing out of Wellington's harbour for 137 years.

Situated in Oriental Bay, the club runs yacht races year round, mostly in the inner harbour.

Commodore Pedro Morgan said races started in front of the yacht club and finished near Kings Wharf, so the new ferries would cross their start and finish line.

"The inner harbour, where KiwiRail proposes to operate their ships from, is a narrow space. It's not especially wide, it can be very gusty and very windy. It can be a very difficult place to operate ships of that size," he said.

Wellington City Councillor Nicola Young said the new wharf would be a huge intrusion in the harbour.

"There's nothing glamourous about ferries, they're industrial. These huge ferries right in the middle of the inner harbour, where people sail. This is Wellington's playground, we've managed to reclaim the waterfront some decades ago - at last - and want to keep it that way. Not have these great hulks plying their trade in the middle of our city," she said.

And she questioned KiwiRail's insistence that Kaiwharawhara was not suitable, because it was too earthquake prone.

"The whole of Wellington is seismically prone, especially the waterfront. So wherever they build, it's going to be an issue. As the engineers have said you can build anywhere for earthquakes, it's just a matter of how you do it," she said.

Morgan said that worked because Bluebridge's boats were much smaller than KiwiRail's proposed mega ferries - which are more than 200 metres long and 30 metres wide.

"More than just their length and their width, the weight of the boats will be up to four times the size of the existing ships. That makes them harder to turn, harder to stop, harder to accelerate and significantly harder for them to manoeuvre around a hazard, like a yacht or canoe in front of them," Morgan said.

He was worried ensuring safety could only come at the cost of recreational users, including sailors, rowers, kayakers, waka ama and swimmers.

KiwiRail's chief executive Greg Miller said it was conscious of the impact the new boats would have on other harbour users.

"That's a management plan that has to be seriously considered from a safety perspective, and we're all about that. We have the same thing in the Marlborough Sounds, there's actually a greater number of recreational boaties in and out of the Marlborough Sounds on any given day than we see in Wellington harbour.

"There's been an assessment of the safety profile, I've yet to see it, it's not far away, but I look forward to seeing that, hopefully alongside the Port of Wellington."

KiwiRail said it expected to announce before Christmas who would build the ships.