Levin was the host of the country's latest pop-up community testing centre, with the Mid-Central District Health Board organising a day of tests for anyone and everyone. 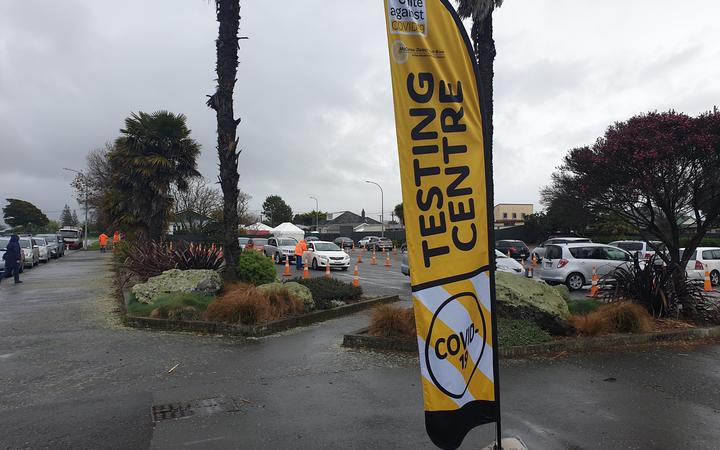 It came as the Ministry of Health looks to continue high levels of testing numbers, both in and out of Auckland.

Although the wet weather meant the drying up of foot traffic, both the staff, and Levin's locals persisted - the parking lot continuously busy throughout the day.

It is the first time the DHB had put on such a testing centre for the Horowhenua town, and while the conditions meant it took slightly longer for people to be swabbed, the staff still got through nearly 350 tests in the six hours they were open.

"This is on our plan to do pop-up sites, and this is for asymptomatic people, so people without symptoms," said site manager Alison Russell.

"We started at 10, but people were very keen to come in. Some people were here by ten past nine, but they were quite happy reading their book." 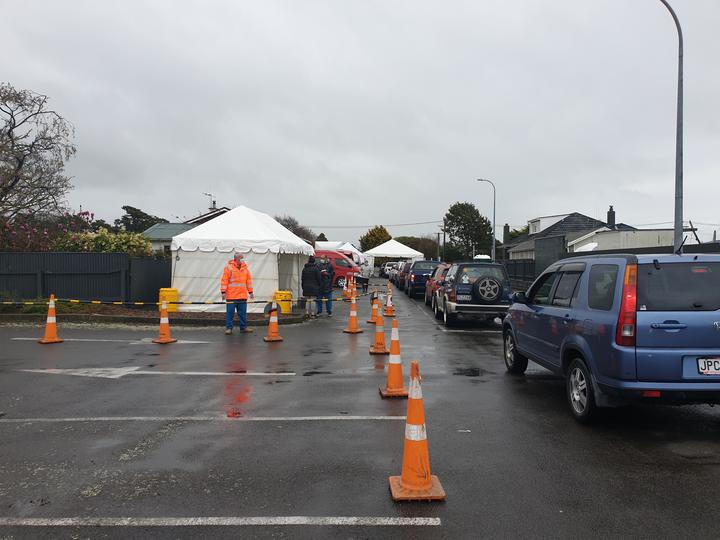 The centre got through nearly 350 tests. Photo: RNZ / Harry Lock

The testing station was partly set up due to community demand for it, but also for other reasons.

"It really is just to reassure ourselves that number one, we don't actually have any Covid positive cases within our district," said Dr Kelvin Billinghurst, the DHB's chief medical officer, "and number two, that we can respond in a number of different areas if we have to ramp up testing."

Equally enthusiastic and happy to wait were those who came for a lunchtime swab, most people saying they were just happy something like this was being put on.

One person queuing up for a swab was Margaret Taplin.

"There's a lot of older people in Levin, and that's why we are coming out here, not necessarily because we have symptoms, but it's for the peace of mind," she said. 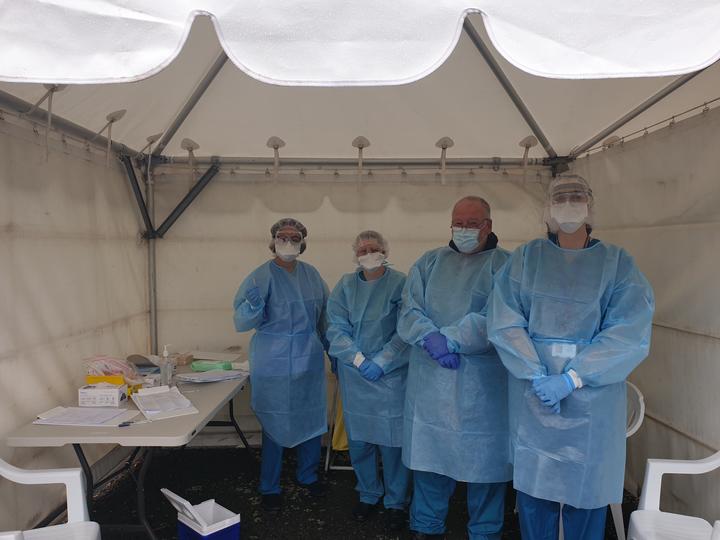 Staff at the testing centre said demand was steady all day despite the wet weather. Photo: RNZ / Harry Lock

Another person waiting to be swabbed was Ian Chadburn. "Rather be safe than sorry - it would be disastrous if it ever comes to Levin, just imagine the place! It would go into lockdown immediately.

"Lots of other people are doing it, I think part of what we're doing is for the community as well."

The DHB said demand remained steady throughout the day, and they managed to achieve the number of swabs they were expecting, despite the bad weather.

Dr Billinghurst said it's an important tool they will be able to come back to in the future.

"We want to know what's happening in the community. If we're recognising there's an emerging risk, then we want to be, as much as we can, ahead of the game, in order to provide the best options for the community."