Pay talks for hundreds of early childhood teachers have again paused while employers and the teachers' union, the NZEI, urge the government to bankroll higher pay rates. 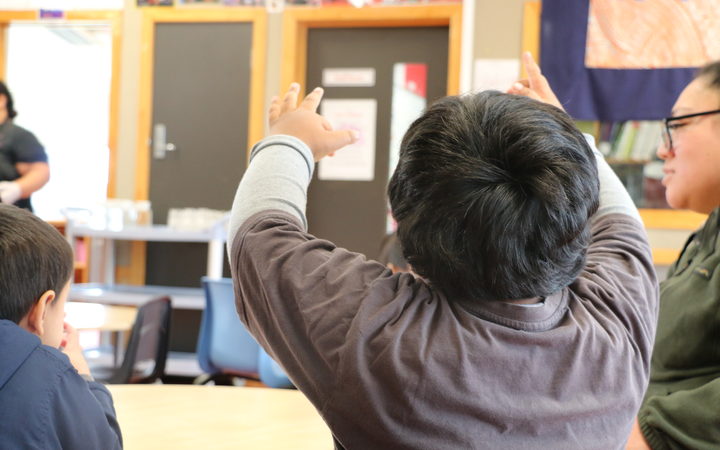 The union, Te Rito Maioha Early Childhood New Zealand, and Barnardos said they needed millions of dollars a year more from the government to ensure teachers covered by their two separate collective agreements were paid as much as kindergarten and primary school teachers.

However, the chief executive of Te Rito Maioha Early Childhood New Zealand, Kathy Wolfe, said teachers further up the pay scale and covered by its collective agreement with NZEI members could be paid 10-30 percent less than those in kindergartens and schools.

"The gap is pretty big and it needs to be addressed," she said.

Wolfe said up to $10 million was required to ensure pay parity for all teachers covered by the ECE Collective Agreement, which involved mostly community-based centres.

She said that money could not come from an increase in fees charged to families.

"That would just put parents up in arms," she said.

Wolfe said she was not sure if the two sides could reach an agreement without more money from the government.

"At the end of the day it is going to be about the government coming to the table and acknowledging that there has been a huge gap in the early childhood sector in terms of funding," she said.

"Teachers in this sector do the same and similar job to teachers in kindergarten and primary [schools]," she said.

The president of the Educational Institute, Liam Rutherford, said the parties involved in the talks met Education Minister Chris Hipkins on Tuesday.

Rutherford said they had been told early childhood would be a priority in the Labour Party's manifesto, but that had not yet been released.

He said the union wanted the government to set out a clear and funded plan for providing pay parity for early childhood teachers.

He said higher pay rates could be achieved through a system in which employers agreed to pay minimum rates not just for new teachers, but also for teachers at different steps of seniority.

Rutherford said some teachers covered by the collective agreements could be paid up to 49 percent less than teachers working in kindergartens and schools.

The chief executive of Barnardos, Mike Munnelly, said it needed government funding so its teachers could be paid as much as kindergarten and school teachers.

"We can absolutely understand what our staff or union members are asking for, we're just not in a position to pay it," he said.

"If you're a teacher at Barnardos and you're very experienced at the top of our scale you'll get about $66k, if you're in kindergarten you get $83k. There's no argument about the relative value of both staff- our staff and kindergarten staff- it's the same kids, its the same training they're working to the same curriculum and what you've got is an anomaly and we need to fix it."

Munnelly said Barnardos worked in low-income areas and often charged no fees so a fee increase was not an option for funding a pay rise for teachers.

He said 104 Barnardos teachers were covered by its collective agreement and the organisation would need $300-400,000 to get even close to the NZEI's claim for pay parity.