The High Court will hear from further victims of the Christchurch terror attack this morning. 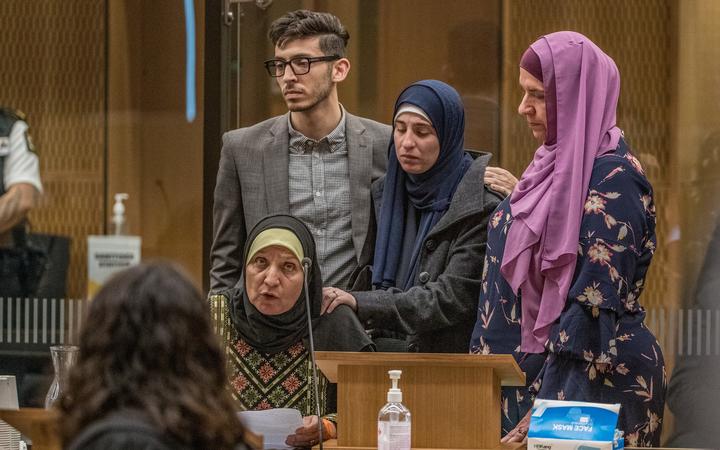 Maysoon Salama is the mother of Ata Elayyan who was murdered at Al Noor Mosque. Yesterday she told the gunman that he had "terrorised the whole of New Zealand and saddened the world". Photo: Stuff / Pool

Brenton Harrison Tarrant, who has admitted 51 charges of murder, 40 of attempted murder and one of terrorism in relation to attacks at two Christchurch mosques on 15 March 2019, is being sentenced in the High Court in Christchurch.

The hearing is set down for four days with Justice Cameron Mander expected to hand down his sentence sometime on Thursday.

Yesterday the court heard from 24 victims of the attack.

More than 60 victims are expected to detail their experiences and the effect of the shootings on their lives and the lives of their loved ones.

The hearing started with prosecutor Barnaby Hawes reading the summary of facts.

It detailed the specifics of 221 shots fired at the two mosques.

In preparation for the attack, Tarrant drove from his home in Dunedin to Christchurch on 8 January 2019.

He parked across the road from Al Noor Mosque and flew a drone above it, taking particular note of the entry and exit doors.

He made detailed notes of when the mosque was frequented.

On 15 March 2019 he made the same journey and would target Al Noor Mosque and Linwood Islamic Centre.

He also planned to target Ashburton Mosque and his intention was to burn down all three houses of worship.

After his arrest Tarrant told police officers his only regret was not killing more. 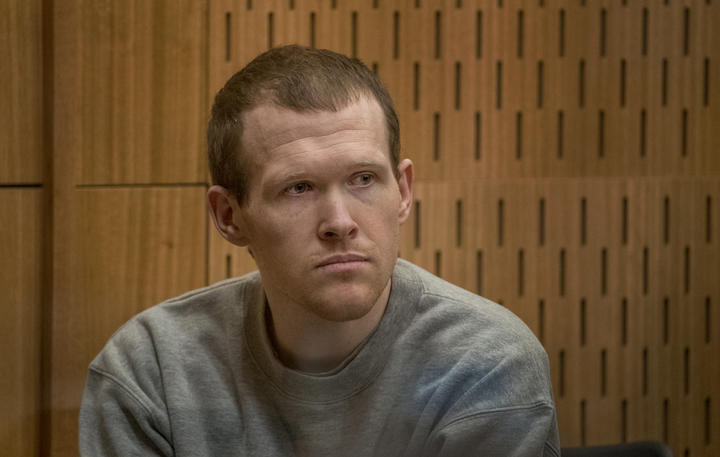 Brenton Tarrant in the dock at the High Court in Christchurch. Photo: Stuff / Pool

Victims were able to confront Tarrant for the first time since the attack.

Gamal Fouda, Imam of the Al Noor Mosque who was present on the day of the attack, told the gunman he was misguided and misled.

"We are a peaceful and loving community. We did not deserve your actions," he said.

"Your hatred is unnecessary. If you have done anything you have brought the community closer together with your evil actions."

The family of Ata Elayyan, who was murdered at Al Noor Mosque, told the convicted terrorist he not only attacked Canterbury's Muslim community but New Zealand and all humanity.

Ata's father, Mohammad Alayan, who was also injured in the attack, recited the Quran to the court.

The family heard no word of Ata for days after the attack.

"For three days we did not have any news on our beloved Ata. Then the devastating news came. Ata had passed away," he said. 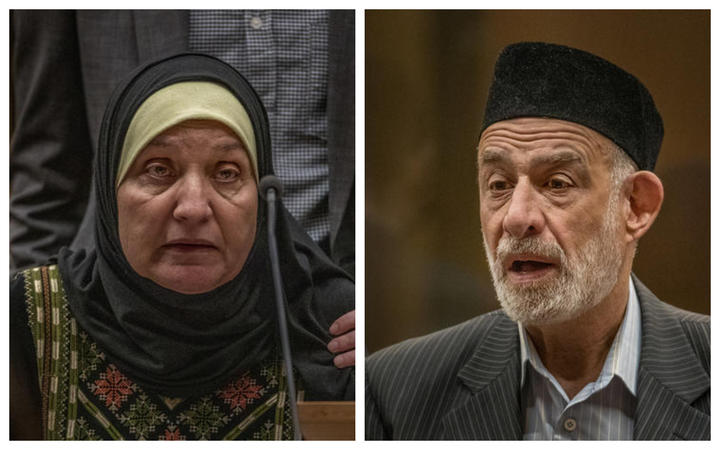 Maysoon Salama and Mohammad Alayan, the mother and father of Ata Elayyan who was murdered at Al Noor Mosque. Photo: Pool / Stuff

Ata's mother, Maysoon Salama, told Tarrant he had not only killed her son, but his own humanity.

"You gave yourself the authority to take the souls of 51 innocent people. Their only crime in your eyes was being Muslim," she said to him.

"You terrorised the whole of New Zealand and saddened the world. You killed your own humanity and I don't think the world will forgive you for your horrible crime against humanity."

Janna Ezat, whose son Hussein Al-Umari was murdered at Al Noor Mosque, told the gunman she forgives him.

"I decided to forgive you Mr Tarrant because I don't have hate. I don't have revenge," she said directly to the terrorist.

"In our Muslim faith we say ... if we are able to forgive, forgive.

"I forgive you. Damage was done and Hussein will never be here so I have only one choice to forgive you."

Tarrant nodded in acknowledgement of her words before blinking profusely and wiping one of his eyes.

It was his only show of emotion during the day. 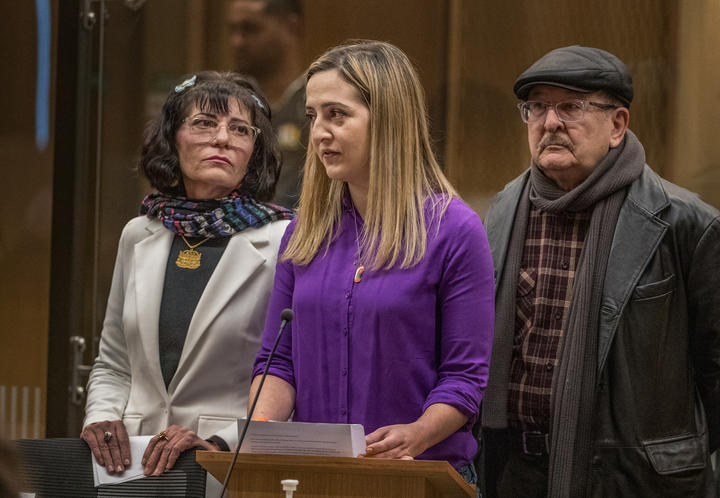 Hussein Al-Umari's sister, Aya Al-Umari, told the court she lost her best friend in the attack, whose birthday was only one day apart from hers.

"My best friend was executed in cold-blooded murder out of hatred," she said.

"I still have the urge to pick up the phone and talk to my brother, tell him about my day and rant to him because he's the only one that would understand.

"But now that you've killed him, I've turned to God and that's made my faith in Islam stronger."

Mazharuddin Syed Ahmed, who witnessed the attack on the Linwood Islamic Centre, said the victims expected to be safe in New Zealand.

"We all come from countries where these things happen," he said.

"We came to New Zealand because it is safe, but after the shooting when we saw how people respected us and treated us all well that made us feel good about New Zealand."

Some will never recover

Christchurch's Deputy Mayor Andrew Turner told Morning Report that while the sentencing will bring the legal process to an end, many victims and many in the community will carry the tragedy with them their whole lives.

"It may provide some closure, but some may unfortunately never find closure. This is something that some will never forget or ever recover from.

"This sentencing really is bringing back to the people of Christchurch ... a really strong reminder of what happened. Some of the details that are now coming out with the victim statements, and the effect this has really had on those who were most directly effected, it just serves to remind us how absolutely horrific this event was.

"The events of the 15th of March certainly shocked all of us in Christchurch, but you'll recall how the whole community wrapped around the Muslim community; how people came together in love and compassion and really supported each other and showed strong support for the Muslim community.

"There's a really strong sense of that at the moment as well... the togetherness, the love and compassion."

Turner said the court has provided good support services for those taking part, and he encouraged those who needed it to make use of it.