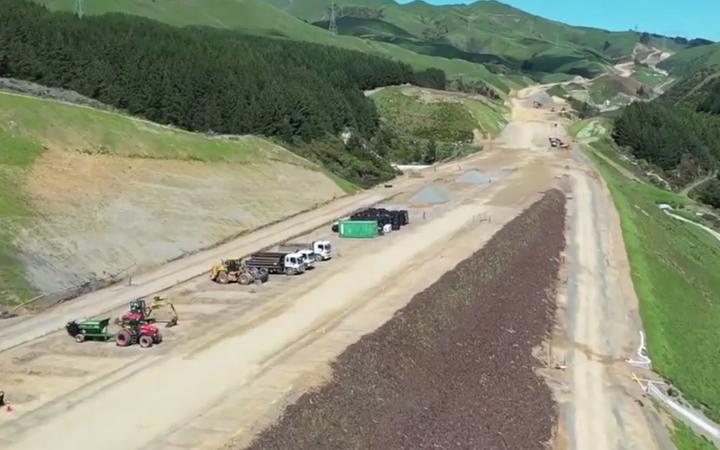 After five months of negotiations, NZTA Waka Kotahi has been forced to fork out another $208 million - which includes changing the design - to get the troubled road back on track.

A large chunk of that payment is covering the costs to lay a thick asphalt on one third of the road, which is an expensive variation to the initial plans.

Waka Kotahi general manager for transport services Brett Gliddon said Transmission Gully had taught NZTA things, but was unable to explain what those lessons were.

"I think I'll start by saying there's obviously lessons to learn on this job. So we will have to look at all of those lessons as we finish it to see how we can do things better."

Gliddon said it was good to have finished the negotiations.

"We are really pleased with the outcome because we think that it is the best outcome from a dollar and time perspective for the taxpayer.

"However, there's still risk on this job, so we don't want to give the sense that it's just all plain sailing now.

"Even though the job is 85 percent complete, there's still a lot of work to do. And we're still exposed to the risk of the pandemic because of the changing world we live in."

The 27-kilometre arterial route was supposed to cost $850m, but it has blown the budget, now coming with a $1.25b pricetag for taxpayers and more than two years of delays.

The NZTA is continuing to blame Covid-19 for the current blow out.

The public private partnership project has been in negotiations since the last lockdown in March, trying to work out who foots the bill when a global pandemic forces the project to shut down for five weeks.

The Force Majeure event made it uninsurable and gave all parties an option to terminate the contract.

As part of the settlement agreement, the NZTA is making a compensation payment of $145.5m to the CPB HEB - the builder - to cover the costs of delays and other impacts resulting from Covid-19.

About $19m of that has already been paid out to keep the project going through the winter months and negotiation period.

It is also making payments of $12.5m to the contractor, Wellington Gateway Partnership, and about $5m to maintenance contractor Ventia. 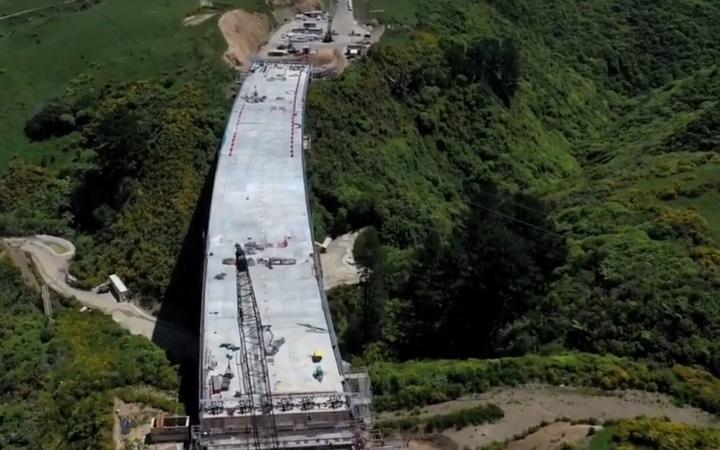 All of the top-ups NZTA has paid out on the job now exceed the price difference between the winning tender to Australian-led CPB/HEB and the New Zealand-based tender, which lost.

Not only has NZTA had to foot the bill of the Covid-19 delay, but it is using the pandemic as an opportunity to change a key component of the build - the pavement.

It's paying out an additional $45.5 million to change the design of the road surface.

Nine kilometres of the road will now be a pavement type called "deep lift", which is made of layered asphalt rather than the rock aggregate base which has been used for the rest of the highway.

NZTA has previously admitted problems with the aggregate have meant parts of the road needed to be re-laid, but denied it was the reason for the switch.

"It wasn't about not being happy with the pavement design," Gliddon.

"It was more about, in the negotiations, of trying to get the best possible deal and outcome and completion date that we looked at other options and other methodologies and this came on the table."

He said this pavement type was a New Zealand method, which meant a local crew could be employed, rather than the Australian contractor who was initially tasked with the job.

NZTA said changing the road surface would speed up the completion process and bring forward the opening date by about four months because it was easier to lay in marginal winter conditions.

"The new 'deep lift' road surface will be used in areas approaching and over the Wainui saddle, and on other sections of the motorway with steep gradients, accounting for roughly one-third of the road's 27km length. "

The road was initially due to be completed by May 2020, that finish date was then pushed out into November this year, until Covid-19 delayed the completion into 2021.

Today, the NZTA confirmed the motorway north of Wellington would be open to road users by September 2021, with a completion date six months later.

The taxpayer is not liable for any quality issues that arise with the road after its completion date until the NZTA buys it back 25 years after it opens, Gliddon said.

But there are still risks involved and caveats attached around Covid-19 and alert levels.

For delays that occur under alert levels 3 and 4, the NZTA takes the hit, but levels 1 and 2 are on the partnership.

Minister of transport Phil Twyford and minister of infrastructure Shane Jones have asked the Infrastructure Commission to "oversee an urgent and wide-ranging review into the Transmission Gully project".

Twyford said the job had been plagued with delays and increased costs.

"It appears the agreement signed up to by the former government was loose and failed to protect taxpayers' money.

"It seems to have been rushed through without the necessary due diligence being carried out."

He said Wellingtonians deserved to know what happened.

"We want to make sure future governments aren't left in the same predicament our government has been."

"When you look at a one and a half year delay and a $400m overrun, you have to ask whether or not their contract was drafted properly, and whether they anticipated the risks," Twyford said.

"Not withstanding Covid and the delays, I just think that kind of outcome is unacceptable.

"It's unacceptable to the taxpayer. It's a disappointment for the people of the Wellington region. governments need to be better than that."