If Covid-19 continues to spread, it will not be our fault. 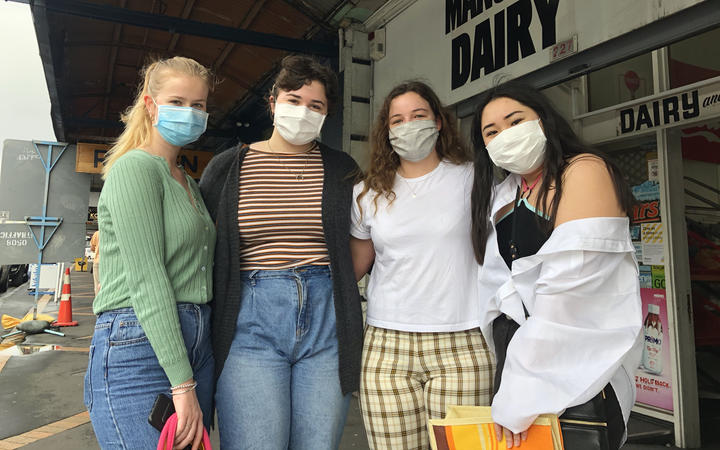 This is the wholehearted response from New Zealand's young people following an international warning that their age group is driving the spread of the virus.

The warning, from the World Health Organisation, is based on surges in cases among people in their 20s and 30s in Australia, the Philippines and Japan.

In the US, outbreaks are continuing to emerge in residence halls and fraternity houses, and many spring breakers made it clear that not even a pandemic would hinder their plans to have a good time.

"If I get corona, I get corona. At the end of the day I'm not going to let it stop me from partying," American Brady Sluder told reporters.

On the streets of Wellington, millennials and Gen Z's had no time for that attitude.

"I think it's really ignorant and also quite arrogant," Stella, a year 13 student from Tauranga, said.

"That's just a completely different world to what we're in. I don't think anyone around here will do that. I think we're all in this together," David, a student at Victoria University's architecture school, said.

The World Health Organisation has warned that young people are driving the spread of the virus - most recently in countries in the Asia Pacific region.

In the Philippines and Victoria, Australia more than half the cases of Covid-19 in recent weeks have been in people under the age of 40.

In Japan, two thirds of recent cases are in people aged 39 and under.

The WHO says young people are more likely to be asymptomatic and spread the virus to those more vulnerable - such as rest home residents or other susceptible groups.

All the rangatahi RNZ spoke to had real concerns about spreading the virus themselves, but they admit it is a little bit relative.

"I don't know, I kind of feel like level 2 is low key, like level nothing to some people. It's like - go hard or go home, depending on your outlook," Wellington student, Israel, said.

And according to an expert, there is nothing wrong with a medium level of caution.

Mark Thomas, an Associate Professor of infectious diseases in Auckland, said despite outbreaks at schools like Marist College it does not appear that young people have done more damage than anyone else.

"There will always be people who behave a little bit more wildly and we don't want to end up as a society of people who are all scared to do anything. But everyone is going to be toned down to a considerable degree at the moment. Everybody's working hard for success."

He said crowded gatherings pose the biggest threat to spreading the virus - no matter the age.

"I think general appreciation that we all can potentially spread the virus to other people is what we need."

The New Zealand Union of Students Associations' is backing the efforts of its members.

Its national president Isabella Lenihan-Ikin said on the whole, university students want to beat the pandemic just like everyone else.

"Although we saw in level 3 last time, pockets of students breaching the rules, we have seen students be incredibly law abiding and understanding.

"I think it's because we just understand that this is a time when it's our duty to be members of this bigger community, and this is about everyone, not just us having fun."

For those considering decrying advice around masks and physical distancing, Stella had one thing to say.

"Just do it, even if you don't agree with it. Just do it for the peace of mind of other people."

Cabinet will meet this morning to review the current restrictions, however an announcement is not expected until next week.