Some Auckland principals feel blindsided and undermined by the government's surprise decision to let some Year 12 and 13 students return to class.

The city's schools are shut for the level 3 lockdown, but the Education Ministry now says they can apply for permission to have bubbles of up to 20 senior students.

"A number of us are quite alarmed by the decision," he said.

"Quite a bit of that alarm centres around six days into alert level 3 at five o'clock at night we get a decision that totally blindsided us which really only covers the last six days of alert level 3.

Abraham said some students would do better if they could learn at school, but that had to be balanced against the risk of transmission of Covid-19, particularly as the current community outbreak included some school students.

"That makes us believe that the health and safety needs to be the more important focus at the moment."

Auckland Secondary Principals Association president Steve Hargreaves said the reaction from its members had been mixed.

"Right from very excited, already got plans well in place to try and make it work once the green light is given today with the change to the health orders to people who are dead against it saying it's going to put teachers under pressure, added health risks for staff and they're against it for those reasons."

Hargreaves said the rules for reopening were complicated and his school, Macleans College, was still considering whether it could make it work.

"There are staff who want to get students in, they know they're missing out on particularly practical subjects and I think disengaged students who the home learning situation doesn't work for them."

The decision to allow Year 12 and 13 students back in bubbles of 20 followed pressure from Auckland Grammar School, which today told parents it wanted to bring boys back for one day a week for one subject they wanted help with.

The school's head prefect, Michael Hiddleston, said he would be doing it, but not all would.

"Some of the guys quite like being able to work at home at their own pace and obviously some boys have health requirements that mean that it's not really practical for them to come back to school, but on the whole I think a lot of the guys, especially my Year 13 mates, they want to be able to enjoy the last few weeks of school and have it in that school environment even if it is only for one day a week." 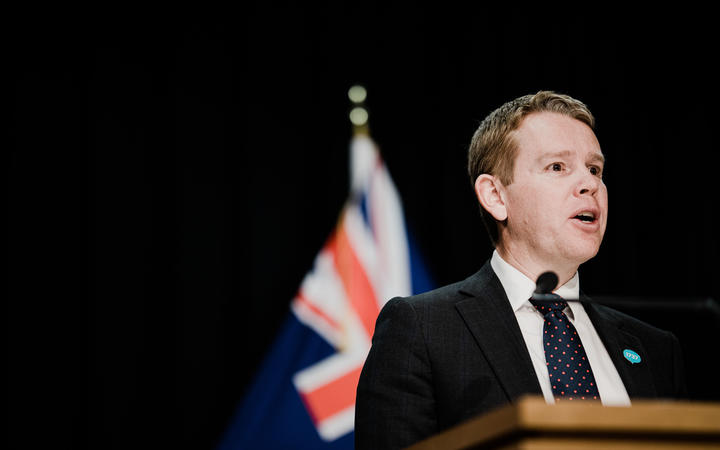 Hiddleston said it would be safe to return to class as long as everyone followed the rules.

The school's deputy head prefect, George Miles, said he felt "super lucky" to be able to return to school even for a limited basis.

He said he needed the time to prepare for Cambridge International Exams.

"Any time we can spend in the classroom through this whole Covid thing is optimum for us really," he said.

"I do think it's safe. It'll be strongly advised to wear masks, I think most boys will be wearing masks, we are just sticking in these 20-person bubbles."

The chairperson of the Post Primary Teachers Association's Auckland region, Michael Cabral-Tarry, said principals had been asking teachers to come in and teachers felt torn.

"On the one hand they want to look after their own health and the health of their own families, but at the same time they feel pressured to go into school and work with their students. It's putting a number of teachers in a very unfortunate and very tricky place."

Cabral-Tarry said teachers and students could be exposed to the virus if they went back to school.

"It's disappointing that some principals seem willing to prioritise grades over the health and wellbeing of their students. They seem more interested in ensuring that their school stays at the top of the league tables than they are in helping fight a global pandemic."

At Pakuranga College, the principal, Mike Williams, said the sudden change in the lockdown rules was confusing for the community and it would not be easy to apply.

"We're talking about getting a head-start of an extra five days of teaching... but you can't really teach because you couldn't have all your students," he said.

However, he said the school was considering allowing some students back, particularly Year 13 students in practical subjects such as art.

Education Minister Chris Hipkins said schools would have to demonstrate they could meet all the restrictions that workplaces had to meet at level 3.

"I would envisage that the schools that will be using that, they'll be using that sparingly for those students who need to be on site. So there are some applied subjects which you can't easily do from home and so that's the group of students that we're wanting to make provision for," he said.

Late today, Secretary for Education Iona Holsted said of about 130 secondary schools in the Auckland area, 10 had applied to the ministry for permission to run Year 12 and 13 classes during the lockdown.

"These are from a range of deciles. Reasons for requesting access include accessing technology and fast broadband, access to equipment such as musical instruments not available at home or access to licensed software only available on site."

Mangere College principal Tom Webb said it would reopen for Year 12 and 13 students who were finding it hard to work from home.

"We don't expect it to be too many and logistically it will be very difficult to manage if it is more than a few."

He said students were likely to get supervision rather than active teaching.

"The majority of it will be working on the same work that students are working on at home," he said.

"There may be some possibility of using some of the practical spaces in school like our art rooms for example."

Webb said he was not expecting a lot of students, because the Mangere community was very worried about the spread of Covid-19.

National Party education spokesperson Nicola Willis said allowing some students back to school for the practical components of their courses seemed sensible.

She said it was important to support students so they could continue learning, especially students who were studying toward the NCEA.