A move to make it easier for workers to get sick leave while they wait for their Covid-19 test is being criticised as not going far enough. 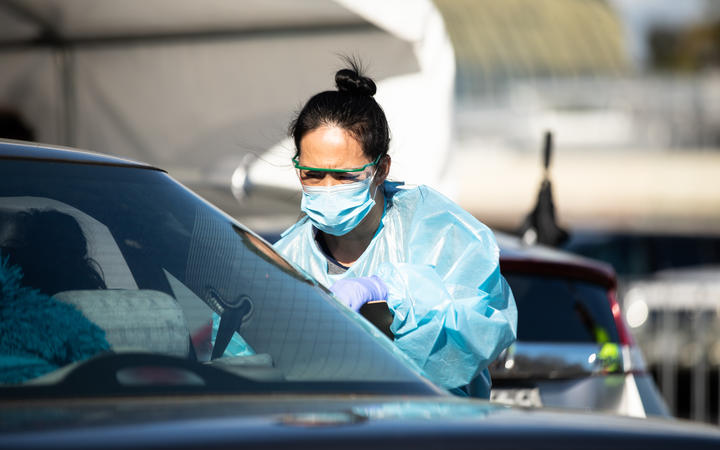 From Friday, employers will no longer have to show their revenue has dropped by 30 percent to get staff who have to self isolate on the government's leave support scheme.

Unions and health clinics have been worried people with little or no sick leave are putting off being tested because they can't afford the time off work.

South Seas Healthcare is a Pacific health clinic in Ōtara.

Chief executive Silao Vaisola-Sefo said people in his community fear that a positive Covid-19 test, and a requirement to self-isolate, could cost them crucial income.

He welcomed the changes to the leave scheme but says it simply isn't long enough.

"What we've learnt from our experience is dad and mum are already thinking beyond the short term: what's going to happen when these schemes run out? What's going to happen to the rent on the house that hasn't gone down, no money coming in, that sort of thing," Vaisola-Sefo said.

"It does help in the short term, but they're thinking about what's going to happen further down the line."

Without the change of policy, people could be reluctant to get tested, he said.

"They can't afford to take any more time off ... if people are asked to stay home because of close contact [with a case], some people might not come forward to get tested, if that's what's going to happen.

"If they get tested and something comes out, whatever the results are, the thought of them staying at home, losing jobs, they might not come to get tested."

Yesterday Finance Minister Grant Robertson said the government's leave support scheme would pay out the equivalent of the wage subsidy.

Robertson said he wanted to remove worries about what a positive test might mean for someone's job.

"When we look at this particular outbreak, where it may affect people who come from low-income backgrounds, job occupations that are lower income, we just want to make absolutely sure that no one sees a barrier to being tested, because that is so important for all of us."

Employers and Manufacturers Association Head of Advocacy and Strategy Alan McDonald said some employers have been confused about what happens if a worker needs to self-isolate.

"It's just things like, if they've used up sick leave and they're in compulsory isolation who pays for that? Can I use annual leave - of course the answer to that is no.

"It's really about that burden that some employers are feeling because they're trying to do the right thing but staff have run out of sick leave, money's tight for the employer."

The government has also unveiled a new wage subsidy scheme to help businesses struggling with the new restrictions.

Extending the cut off by two weeks, it will be available to firms across the country.

Like the previous wage subsidy extension, businesses will need to show they have had, or are predicting, a drop in revenue of at least 40 percent.

Viv Beck from Auckland's Heart of the City business organisation said it's another example of a short-term fix.

She said extra tailored support is needed for Auckland.

"We were certainly doing what we could in terms of stimulating demand with events, and we were really thrilled with the response, but I think it's going to need a little bit more because it's difficult for businesses to turn off and on again constantly."

At South Seas Healthcare in Otara, Vaisola-Sefo said households will welcome any help on offer to help pay for the basics.

"The first thing for them is that they're worrying about the kids, the kids' uniforms - they think that far ahead and it's never about themselves, it's always about the family."

Businesses will be able to apply for the new wage subsidy scheme by the end of this week.