Digging up a wetland, a creek and an eroding beach could land three West Coast residents in hot water. 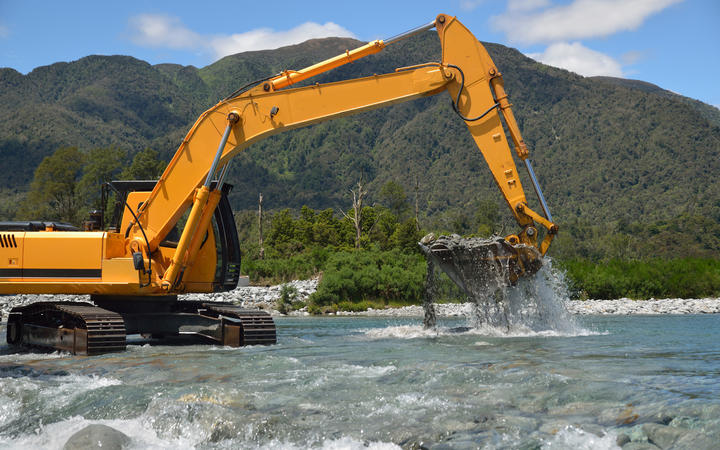 West Coast Regional Council staff investigated all three excavation escapades last month and found they were non-compliant - that is, the diggers had no consent for their activities.

Acting on a complaint, council inspectors found one digger excavating and diverting a creek at Barrytown.

He was told to stop work, served with two abatement notices and may face penalties after further investigation.

Investigating another complaint, staff found a digger working in a schedule 2 wetland at Haast.

"Significant earthworks were undertaken" in breach of the regional rules and the Resource Management Act, staff reported.

In the third incident, a compliance officer spotted someone using a small excavator to remove sand from the coastal marine area at Neils Beach, Jackson Bay.

"The area of concern is a coastal erosion area. Extraction using mechanical means requires a resource consent, which the person did not hold; inquiries are still ongoing," the report said.

A goldminer will have two fines to pay after a complaint was upheld about his operation at Camerons.

Council inspectors found sediment-laden water escaping off the site into a roadside drain, then a creek, without going through the settling ponds.

Complaints against several other goldminers were found to be groundless.

One stated a goldmining operation at Kumara might have caused a slip on a public road, but investigation showed the slip happened during heavy rain and was a natural event.

A complaint that logs and debris were blocking a small culvert as a result of goldmining at Notown was also dismissed; inquiries showed the blockage happened during heavy rain and the miner had not broken any rules.

A Waimea mine was investigated after a complaint that there were three excavators on site - more than the consent allowed - but inspection showed the miners working within their consent conditions.

Earthworks at Awatuna also came in for inspection after a complaint they were unconsented, and within the coastal marine area. Staff found no breach of the rules.

Staff investigated a complaint that blacksand mining at Charlestown might be causing erosion and found the miner was working within his consent conditions.

In that case, staff found the mining was low scale and the miner was working under permitted activity rule. They passed on the concerns about penguin habitat to the miner.

The complaints about digging operations in the Awatuna, Waimea and Stafford areas prompted council chairman Allan Birchfield to ask if the council had a serial complainer or complainers.

"We have had a number of complaints in these areas recently; they are all old mining areas, but you get lifestylers moving in and they make a fuss about something that has been going on for many years before they arrived. It takes up staff time and money," councillor Birchfield, a miner, told the Greymouth Star after the meeting.

A complaint was received that a drain was discoloured from a goldmining operation at Stafford, but investigations revealed no breach of consent conditions.

The council investigated a complaint that a property-owner was doing work in the bed and banks of the Arawhata River at Jackson Bay. Staff found the work involved bank reinstatement after a flood and met the permitted activity rules.

A complaint about gravel extraction in the bed of the Hokitika River at Kowhitirangi suggested the work might cause the wet bed of the river to shift to the true right bank. Staff said the site had been inspected several times, and the contractors were found to be complying with their consent conditions.

A complaint that a Greymouth fabricating business was flushing an acid wash into the town's stormwater system resulted in an abatement notice for the firm - although there was no discharge at the time of the inspection.

The council is still investigating a complaint about two whitebait stands on the Arawhata River, where the complainant alleged the standholder had done work on the riverbank to extend it.

Staff are still investigating a complaint that a stone removal operation is causing erosion of a downstream property at Poerua, near Hari Hari.