Plastic cotton buds, sushi trays, straws and tableware are all on the chopping block as part of the latest government plan to reduce waste. 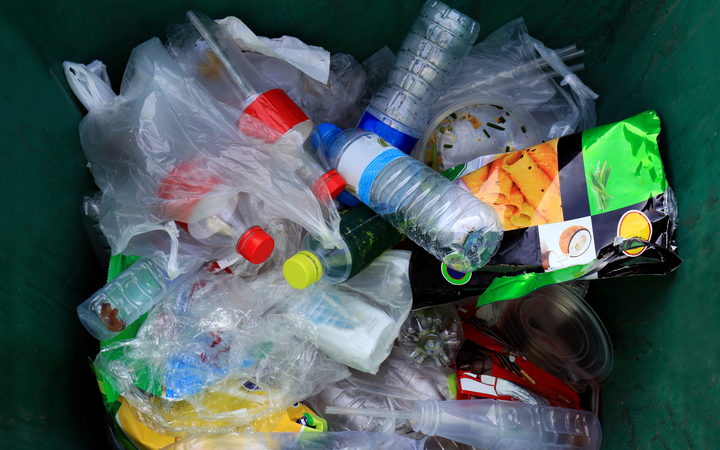 A consultation document, released today, proposes a phase-out on some hard-to-recycle PVC and polystyrene as well as seven single-use plastic items, including produce bags and non-compostable fruit stickers.

The associate minister for the environment, Eugenie Sage, said plastic had become one of our generation's greatest environmental challenges.

"New Zealanders want urgent change in the area of plastics. We saw that with the support for banning single use plastic bags which has meant 1.1 billion fewer plastic bags ending up in landfills or the ocean," Sage said.

The document proposes staggered deadlines, with PVC the first to go, and all bans to be in place by January 2025.

The proposals include provision for people who need straws due to a disability, so that they can still access them.

Some takeaway coffee cup lids are included in the current proposal, but coffee cups themselves have been left out.

Laura Cope of the nationwide campaign group, Takeaway Throwaways, said this was a let-down.

"We're disappointed that disposable coffee cups are excluded from the proposed phase-outs. This is a massive, unnecessary waste stream - New Zealanders go through 295 million single-use coffee cups a year," she said.

"The government announcement justifies excluding coffee cups by citing a lack of alternatives."

Cope is the director of the website Use Your Own - a cafe directory that lists establishments that encourage customers to use reusable containers.

She said it lists more than 40 cafes that are entirely free of single-use cups.

"It can be done and it's already a reality. Many reusable alternatives exist, and hospitality outlets will confirm that they now serve coffee to an increasingly waste-aware public."

The seven single-use plastic items proposed for phase-out include:

It is proposed that, for most items, the phase-out include plastic of any type, including bio-based plastics, compostable, degradable and biodegradable plastic.

Items like meat trays and biscuit trays, styrofoam containers and cups, sushi packaging and yoghurt pottles, will be affected by the PVC and polystyrene phase-out.

The associate minister was due to make the announcement at an event in Auckland to kick start Ecostore's bottle recall scheme, but the event was cancelled last night due following news of four new Covid-19 cases outside managed isolation.

The Ecostore scheme is being supported by a $200,000 grant from the Ministry for the Environment's Waste Minimisation Fund and will help to create New Zealand's first high-density closed loop packaging return programme.