A Nelson chef has turned pūkeko into an award-winning dish, including featuring it in a taco. 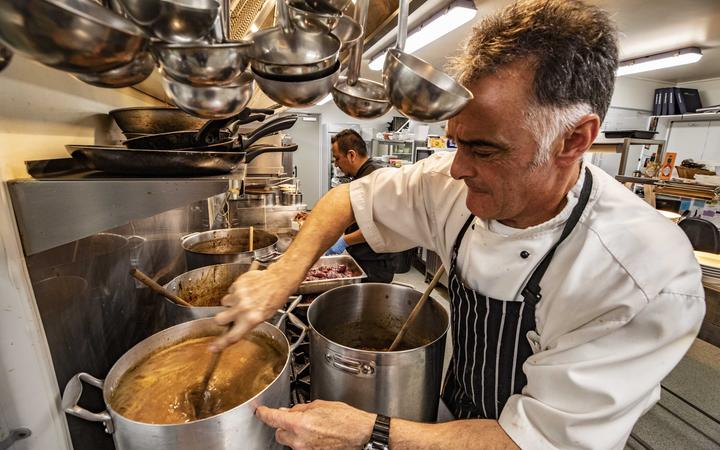 The often-maligned bird was the culinary champion at the annual Nelson Marlborough Fish & Game, game bird food night in Richmond at the weekend.

The pūkeko is the New Zealand name for the purple swamphen, considered to be one of the country's most recognised native birds.

But now it can also be seen as a relish, in a filo tart and even as the filling in a taco.

Club Waimea chef Phil Hazeldine met the challenge of creating a feast out of wild game for the weekend event, and exceeded expectations with his pūkeko dishes.

The event was organised by Nelson Marlborough Fish & Game in conjunction with Club Waimea, and was booked out early by hunters who had heard about the dishes created by Hazeldine in previous years.

This year he created a total of 13 dishes from the organic free-range game provided to him by hunters. Six of the dishes featured pūkeko. 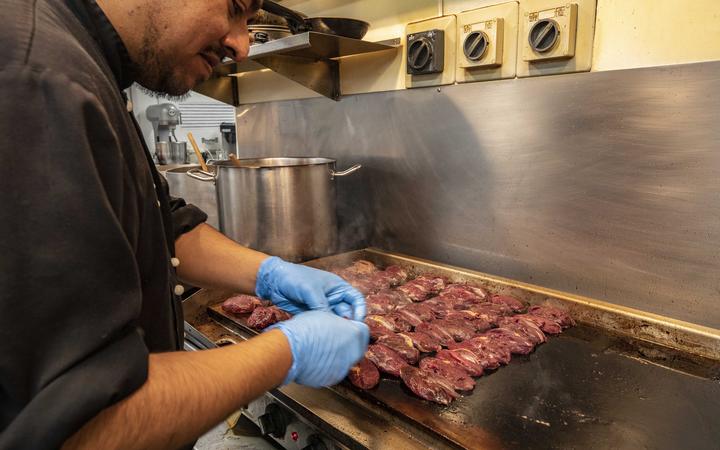 A Fish & Game officer Jacob Lucas said diners first sampled a canapé with pūkeko, kumara and a bourbon relish, they then sampled a pūkeko filo tart done with heart and livers under a parsnip crisp, followed by thin slices of pūkeko with a spiced honey sauce.

Next was a pūkeko taco, followed by Hazeldine's own invention of a pūkeko and paradise shelduck sausage; either crumbed with a black pepper crème or battered as a hotdog on a stick.

Lucas said diners also feasted on meals made of mallards, paradise shelduck, pheasant and Canada Geese but it was the humble pūkeko that was the star of the night.

"Phil has once again excelled himself in what he can make from our humble game birds.

"Using techniques that any home cook can use, he has shown us that we can push the boundaries and use our game birds as more than roast duck".

Lucas said the Nelson region had many pūkeko, but they were often overlooked by game hunters.

"This has shown us that it is a fantastic eating bird that can be a great food source for the family," Lucas said.