Police have failed in their attempts to block an Auckland man who "annoyed and frustrated" them - while he was trying to protect his two children from a violent drug dealer - from running a security company. 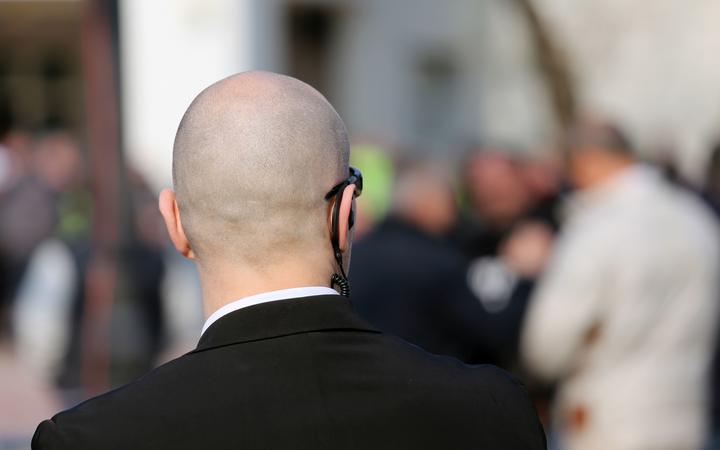 A judge overruled the police's objections, and quashed the licensing authority's decision blocking the man, saying it was "wrong".

During a child custody battle with his former partner, the man repeatedly warned authorities to intervene due to a new partner being a violent drug dealer.

Armed police raided a house in 2015 when the man's young son and daughter were there.

The man cannot be named to protect his children's identity.

The North Shore District Court Judge Gary Harrison, in a new decision, said it was concerning the man's security industry applications were blocked without him being given a hearing to address the sole objections, which came from the police.

The Private Security Personnel Licensing Authority had rejected his initial application in 2016.

It blocked him again last year, in applying to be a guard and company director, saying evidence showed he would not cooperate with the police and other agencies.

Police had earlier told the authority there was a "high risk" he would not cooperate with them.

The authority said it set aside what the police gave it from their National Intelligence database when the applicant disputed it.

However, the authority argued it had other evidence the man was not suitable.

But Judge Harrison rejected that.

"I am concerned at the absence of specifics in the authority's decision," he said.

'Police refused to uplift the children'

As for the police's objections, these were based only on the man's actions during the child custody case from 2012-16, motivated by his "grave and understandable" worry for his children, Judge Harrison said.

It was a "long and sorry saga" of the man's " battle to protect his children", when police and social workers failed to, he said, citing Family Court findings from 2016.

The man had learned his two children and their mother were living in the home of a criminal who police knew was a violent drug dealer.

"The police refused to uplift the children as did CYFS," Judge Harrison said in the latest decision.

The drug dealer went to prison for more than 10 years in 2018 for making and supplying methamphetamine.

He had previously been jailed for possessing an AK-47.

The Family Court made the children wards of the court; the boy now lives with his father, the daughter is now an adult.

The risk to the children where they had lived was categorised as "extreme ... indeed a risk of death", the Family Court said in 2016.

But the father's "cries for help have fallen on deaf ears".

Over two-and-a-half years he mounted his own extensive investigations of his own, "incessantly" sending his findings to police, social workers and Crown Law.

"He has been categorised as a pest and a nuisance," the Family Court said in 2016.

"It is likely the authorities have considered his actions may jeopardise ongoing investigations.

"However, it is a parent's primary responsibility to ensure their child is safe.

"All of [the man's] actions, which have eventuated in his suspicions being vindicated, must be seen in that light."

Behaviour 'cause for concern' - police

Shortly after the custody case in 2016, the man applied for the required certificates of approval to work in the security industry and was declined.

He appealed last year, supplying five references from his local community, including from a barrister and a teacher, but was rejected again.

Police told the Private Security Personnel Licensing Authority - an independent judicial agency - that their National Intelligence database showed a "significant" number of occurrences "where the applicant's behaviour towards police and other government agencies is cause for concern".

The constable who lodged the objection "believes the applicant is aggrieved over the outcome of a longstanding custody matter".

"Police believe there is a high risk of the applicant not cooperating with the police in the execution of his duty," police said.

The licensing authority said the man had "legitimate grievances" against police and Oranga Tamariki.

But some of his allegations were exaggerated and "border on conspiracy theory", it added.

It was "highly unlikely" he would cooperate with the police and state agencies.

"He at times reacts inappropriately when encountering opposition or in stressful situations.

"These are not characteristics of a responsible crowd controller, property guard or personal guard," the authority said.

However, Judge Harrison said he saw no evidence of inappropriate behaviour in the community the man would be a security guard in.

He rejected the authority's assessment of the man's character.

His interactions with police and social workers had been acknowledged by the Family Court to be "appropriate in the circumstances", plus there was no need for contact now the custody case was over.

"It is fair to say [the man] annoyed and frustrated both the police and CYFS" - now Oranga Tamariki - the judge said.

But "all of the actions ... to which the police object, were associated with the custody dispute and his efforts [to keep his children safe]".

The Family Court had criticised police and social workers for failing "to act in the best interests of the children", Judge Harrison noted.

Police did not turn up to the district court hearing into this in December 2019.