The High Court in Wellington is hearing a case on whether the level 4 lockdown and closing all but essential businesses was lawful. 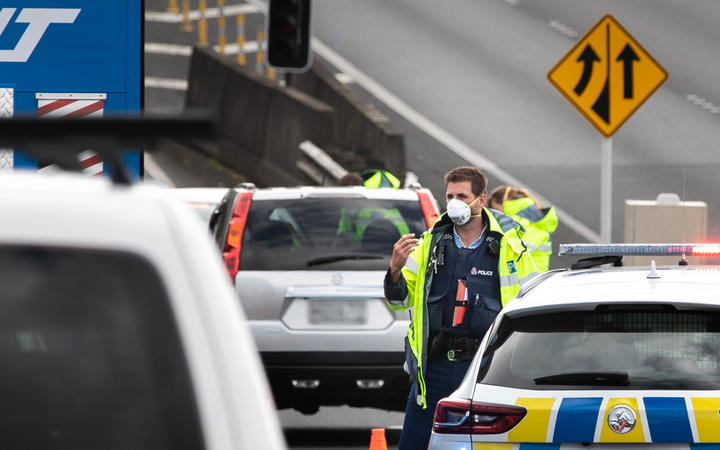 Police check drivers heading on to the motorway in Auckland the day before the Easter long weekend, during New Zealand's level 4 lockdown. Photo: RNZ / Claire Eastham-Farrelly

The judicial review is being brought by lawyer Andrew Borrowdale against Director-General of Health Ashley Bloomfield challenging the legality of the Covid-19 lockdown rules imposed by the government.

Borrowdale argues Dr Bloomfield exceeded his powers under the law in issuing a series of orders under the Health Act in March and April closing all but "essential businesses" and making everyone stay at home - with few exceptions. Both indoor and outdoor public gatherings were banned, and people had to follow social distancing rules

The lawyer claims the initial announcement of lockdown restrictions told people they must stay at home when this was not actually required by the law at the time. This is alleged to be unlawful under the Bill of Rights. 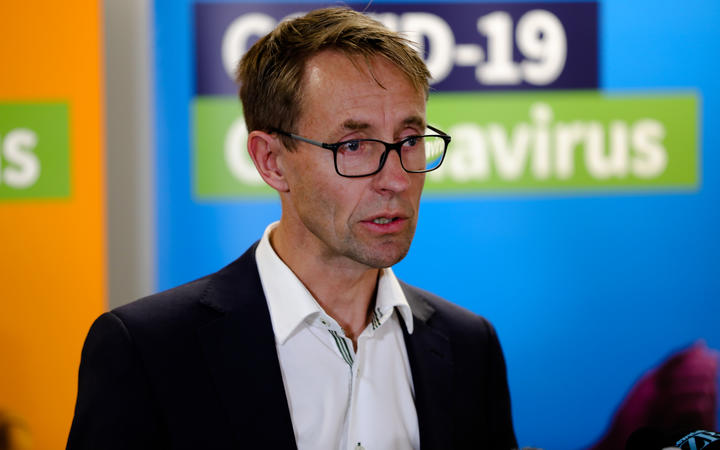 A judicial review is being brought against Dr Ashley Bloomfield challenging the legality of the Covid-19 lockdown rules. Photo: RNZ / Simon Rogers

Borrowdale argues orders issued by Bloomfield were unlawful as he could only require specific people to stay at home during an epidemic rather than the whole country.

He also claims that giving "unnamed" Ministry of Business, Innovation and Employment (MBIE) officials the power to decide which businesses were "essential" and would be allowed to stay open was unlawful and could not have been delegated in the way it was.

Constitutional and parliamentary law expert Professor Claudia Geiringer said the lockdown powers were "some of the most extensive coercive powers ever to be exercised in this country's history".

The Law Society - which represents 15,000 lawyers - will provide written and oral submissions as a neutral party in the case.

It said the proceedings were very important to the operation of the rule of law and the administration of justice and were of significant public interest.

Because the seriousness and importance of the case three judges will preside including Chief High Court Judge Justice Susan Thomas. Usually judicial review cases are heard by just one judge.

Andrew Borrowdale worked for more than 10 years in the Parliamentary Counsel office which drafts the government's bills and legislation.

He was going to make his case in court himself but now has a lawyer.

Neither Ashley Bloomfield nor the Prime Minister Jacinda Ardern will be called as witnesses. Bloomfield's evidence will be given by affidavit.

The case is expected to last three days.