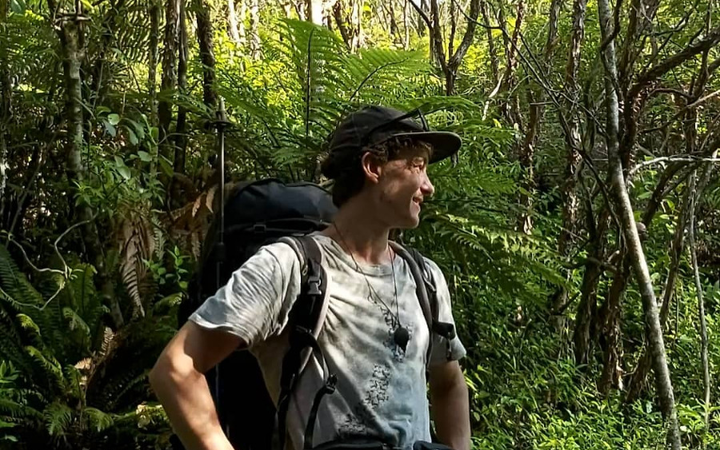 Jono Hartland at Te Araroa on Day 50 of the Hike for Life, back in January. Photo: Jono Hartland via Instagram

He lost his best friend to suicide when the pair were flatting together while at university in 2017.

He said that motivated him to set out on a journey of healing, but one which can also benefit others.

"The overwhelming motivation to it is to raise as much money for the cause of mental health and to increase awareness among young New Zealanders and emphasise how prevalent the crisis of mental health is," Hartland said from Tuatapere, some 140km from his final destination in Bluff.

"The initial motivation was losing one of my best mates.

"I had a very close friendship for a couple of years and ultimately lost him to suicide. About a year passed and then it dawned on me that I wanted to try and create a legacy for my friend."

He set off from Cape Reinga in late November and so far had raised about $27,000 for the Mental Health Foundation and the Life Matters Suicide Prevention Trust. 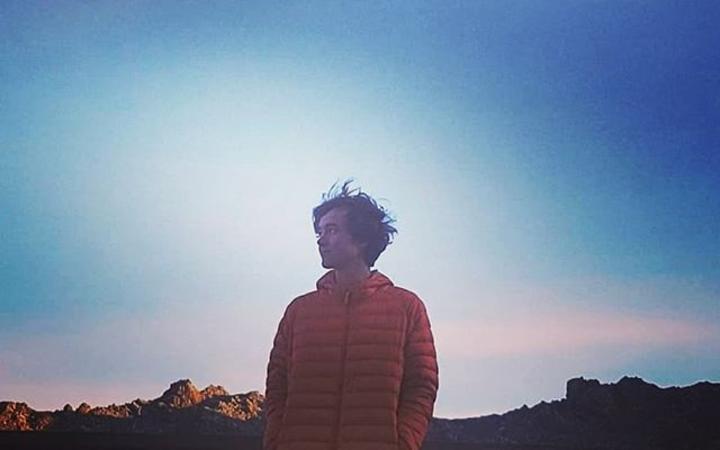 Jono Hartland at Nelson Lakes, just before he had to return home due to New Zealand going into level 4 lockdown. Photo: Jono Hartland via Instagram

But the Covid-19 pandemic interfered with his plans.

"I wanted to finish a couple of months earlier than this," he said.

"I was originally saying that I didn't want to be in Central Otago any later than mid-April due to the conditions and temperatures."

But he had to join the rest of New Zealand in going into level four lockdown in March.

By that time Hartland had made his way to St Arnaud in the Nelson Lakes National Park - still with more than 1000km to go.

"Fortunately by mid-May I was able to mobilise again and kept heading south," he said.

"At that point there wasn't a lot of people. A lot of people doing the trail originally started a lot earlier and they were able to get through to Bluff. Some people canned it completely.

"But I pledged to do this challenge and I didn't want to back down from it. I just took it on."

He believed he was the only person still on Te Araroa Trail and it had been isolating at times, though there were benefits, such as little competition for huts. 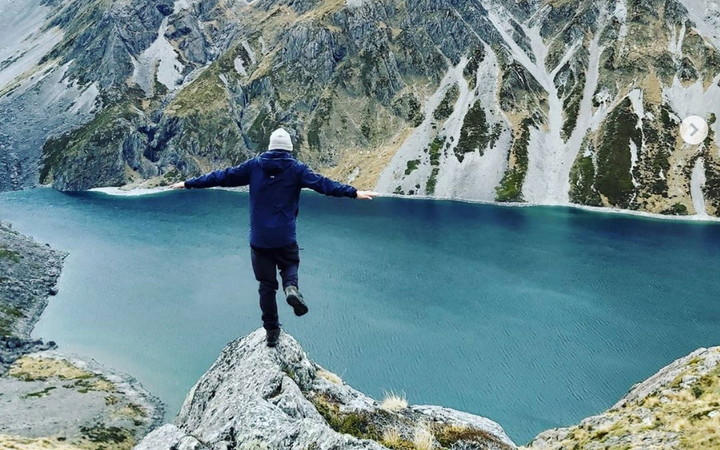 Standing above Lake Constance at the top of Waiau Pass on around Day 110. Photo: Jono Hartland via Instagram

But the mid-winter hike had come with difficulties.

"The days are a lot more condensed, the yards just become a lot harder and you combine that with, there's been a lot of snow through inland Canterbury.

"The first good snow dump of the winter came while I was up at Stone Hut, which was just before the Stag Saddle, and there was 40 to 50 centimetres of new snow. So I was stuck there for a few days and then managed to kick on over the saddle. But knee-deep snow. Big, long, hard days. Just a total transformation from what I was used to hiking in summer."

He had spent a few nights hunkered down in a tent with chilly conditions only a layer of canvas away.

"It's not the most pleasant experience at this time of year as you can imagine," he said.

"There's been a couple of nights it's been unavoidable so I have had to pitch my tent a couple of times. I camped up at the top of Stag Saddle at 2000 metres in that fresh snow layer which was pretty challenging. It was minus seven [degrees celsius]."

But he just remembered why he set out on the journey to begin with.

"I've had a lot of support behind. It's been an overwhelming level of support. I've raised a lot more money than I would have ever thought possible."

He hoped to reach Bluff on Monday with his parents coming down to meet him.

It was a reunion he was looking forward to, along with a hot meal and a cold beer.