The Ministry of Education is concerned plans to pump more stormwater into creeks in a Blenheim suburb could increase the risk of flooding at three schools. 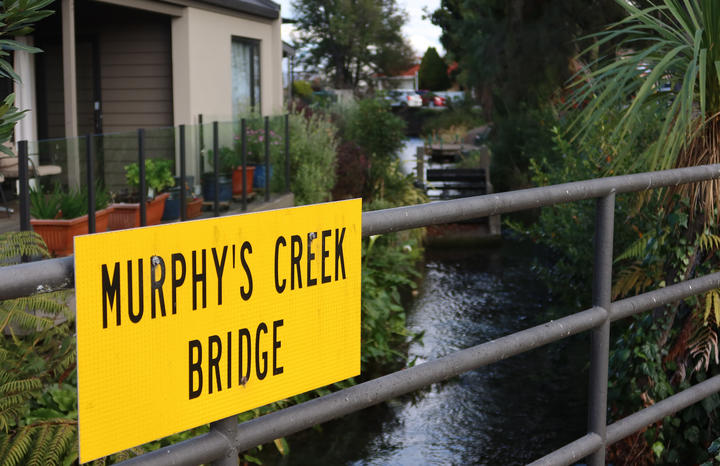 Marlborough District Council wants to pipe stormwater runoff from 393ha of land in north-west Blenheim into four creeks, and filed a consent application with itself in February.

The Ministry of Education has lodged a counter submission, concerned the works could increase the risk of flooding at Marlborough Girls' College, Bohally Intermediate - which together will be the site of the town's new co-located college campus - and Springlands School.

Two of the creeks, Fulton Creek and Murphy's Creek, were located within 200m of the schools, and were set to take up to about 3000 more litres per second from the Springlands area.

Flood modelling run by the council concluded the works would not harm the three schools or the co-located colleges when built. 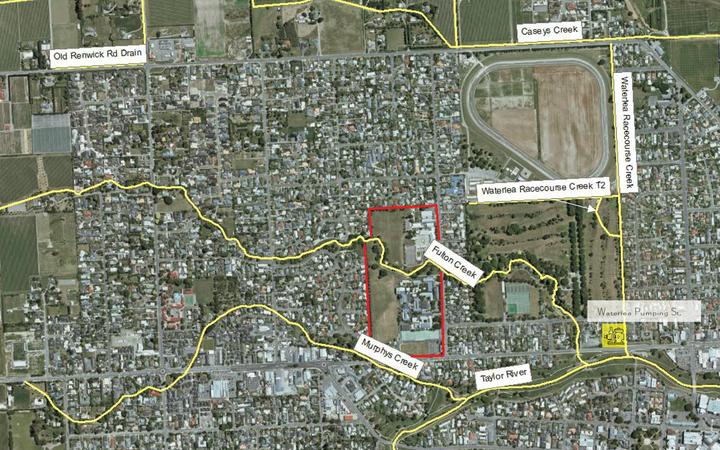 Fulton Creek runs through the middle of Ministry of Education land, highlighted in red. Photo: Supplied

The ministry said it appreciated the modelling, but would not support the application in full until it could check the results.

It also pointed out that the modelling for the co-located schools was based on a presumption that the site would increase its footprint by 50 percent, despite no final designs being agreed.

"The safety and wellbeing of staff and students is a priority for us as it is for schools, and we have a responsibility to make sure our school properties are safe," she said. 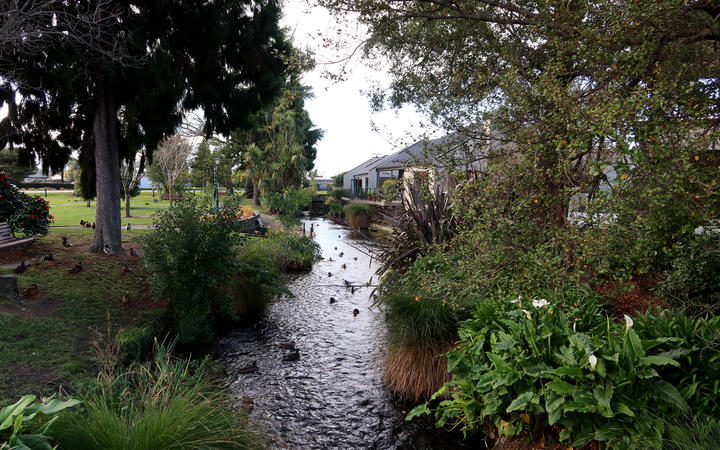 The ministry kept an eye on resource consent applications that affected schools, and responded to those which could impact the operation of a school, or the safety of teachers and students.

The works were part of a larger management plan for the Springlands Stormwater Area.

The area was the largest of Blenheim's 11 stormwater catchments and the first one to receive a management plan, to provide for future development in the northwestern growth zone.

Management plans were on the docket for all stormwater areas in Blenheim, and later for all built-up areas within the region. 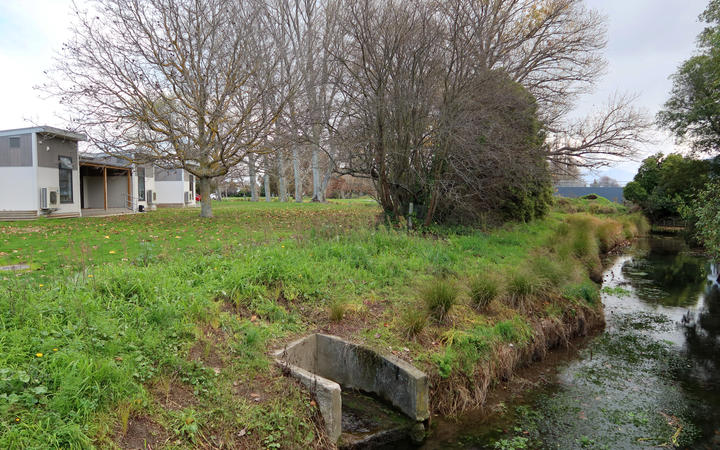 The council saw two other submissions on its application - one of conditional support from Springlands couple Tony and Helen Smale, who wanted changes to the management plan, and one in opposition from Thomsons Ford resident Lindsay Dahlberg.

The Smales said the proposal that landowners be responsible for bank stability along Murphy's Creek was "somewhat perverse", as it was the council that hooked stormwater from the Westwood development to the waterway, upping its flow.

They wanted the council to support landowner efforts to stabilise the banks. They also said the council should aim to restore the creek's mauri (life force), rather than maintain it, because its essence was effected by its use as a drain.

The Smales asked for the creek's water quality to be monitored, and for the council to investigate and clear up potential issues. 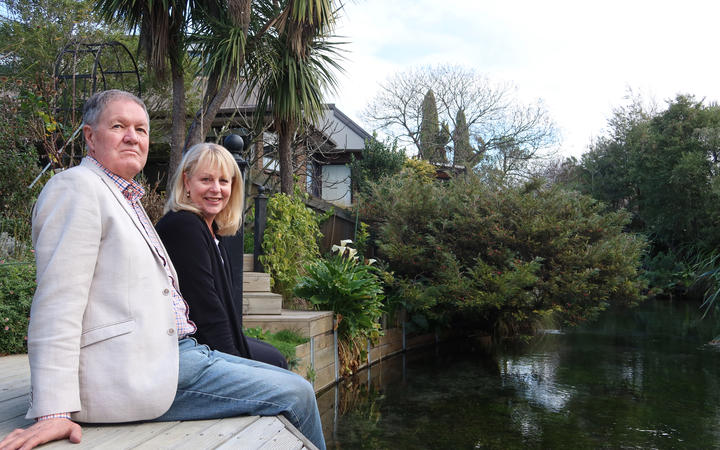 Dahlberg said the proposed works violated the riparian rights of landowners, as some owned sections of Murphy's Creek.

He also thought the proposal did not promise to improve the mauri of the creek, which was listed by the council as having the sixth worst water quality in Marlborough, of 34 waterways.

He said the Covid-19 coronavirus had impacted the ability for residents to submit on the application, which should have been extended.

A hearing between the parties would occur on 2 September.

Ministry of Education's Kim Shannon said both Marlborough Boys' and Marlborough Girls' College had completed a project brief outlining their approach to co-location, and how this translated to their new school.

"These briefs will play a key role in procuring design and construction suppliers and developing proposals for the schools."

The ministry expected to be hunting for design and construction suppliers by the end of the year, with design work continuing throughout 2021.