A kuia who was attacked while working at a BP station in Christchurch still finds it hard to leave the safety of her house, two months after the violent incident. 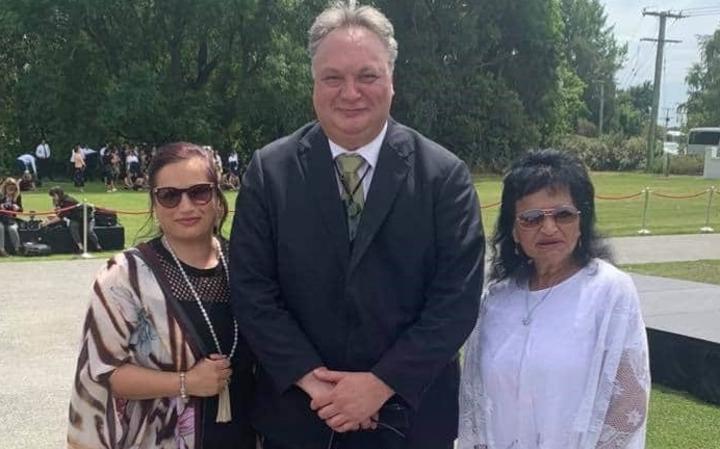 Maia Tirikatene, 67, was working a night shift in early May when she was beaten and left with bruising all over her face and body, and injuries to her arm and knee.

She had been working full-time in order to pay for a new veranda, and automatic garage doors, before she retired at the end of the year.

But that all changed on the night she was attacked. The assault only stopped when a customer pulled the attacker away.

"I had to lean on staff member to be carried back into the staffroom because my knee kept giving way and next thing when I got up off the floor - when they lifted me off the floor - there was all these policemen."

She was taken to the hospital to be treated for her injuries, which included a black eye, bruising on her chin and all down the left side of her body including near her ribs, injuries to her arm and knee, and slight bleeding in the front of her brain.

"By the time we left work, my knee had swollen up, my hands had swollen - which was the hand I had tried to protect my head - I had a bruise come straight out of my head and that had a lump on the left hand side and I was just so shaken."

She has been receiving physiotherapy for the damaged tissue in her hand and knee, but has no permanent damage to her brain.

Maia almost broke down in tears talking about the toll the attack has had on her mental health.

"My independence, I've lost... I just want to get back to being independent."

"I can't drive, I can't go and see the mokos, I can't have them here like I used to, well, until I get better because if anything happened to me I don't want them to be here, say my knee gives way again, or something triggers me before I heal.

"I'm fine in big malls and supermarkets, but being in a coffee shop where the family has tried to take me out just to get me out of the house because I can't drive, I get anxiety and I've never had that before."

It has also pushed back her "dream" of getting her house set up to retire by the end of the year, and she now doesn't know when she'll be well enough to finish it.

Her daughter, Cherie Tirikatene, said it has been hard to see how the attack has affected her mother.

"My mum is a very, very strong independent wahine toa and now she is scared to go outside of her gates, and it's devastating."

She doesn't want to think about would have happened to her mum if someone hadn't intervened.

"I don't know how bad it would have gotten if that member of the public didn't intervene... her face, it was disgusting, her face was purple."

Cherie wants the attacker to be held to account sooner rather than later, so her mother can have some peace of mind.

"I just want him to pay for what he's done to me and how it's ruined my life, actually."

A 20-year-old man has been charged in relation to the attack and will appear in Christchurch District Court on July 24.