Police have released the names of the two people who died after the car they were in plunged into Lake Rotoma at the weekend. 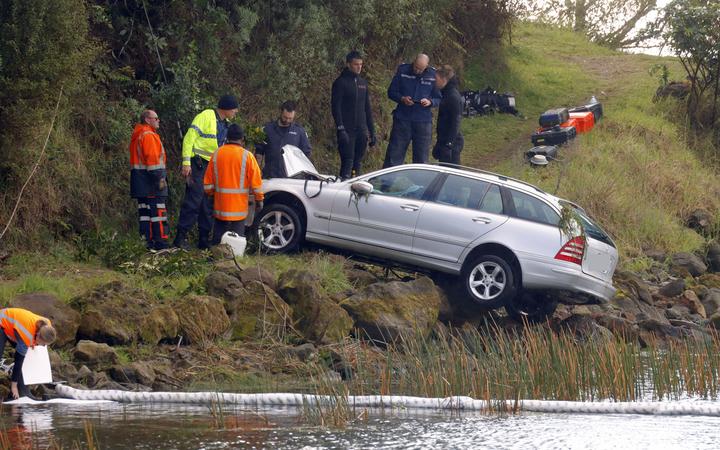 A car is winched out of Lake Rotoma after a crash that claimed two lives. Photo: Daniel Hines/SunLive

David Alexander Fawcett Jarden, 54, of Totara Heights and Bibi Ali, 53, of Ranui, Auckland were killed in the crash on Saturday.

Police have asked anyone who saw the silver Mercedes Benz in the Rotorua Lakes area on Saturday to make contact.